Wait… Kanye Is Now Available As A VP Choice On Certain Ballots? 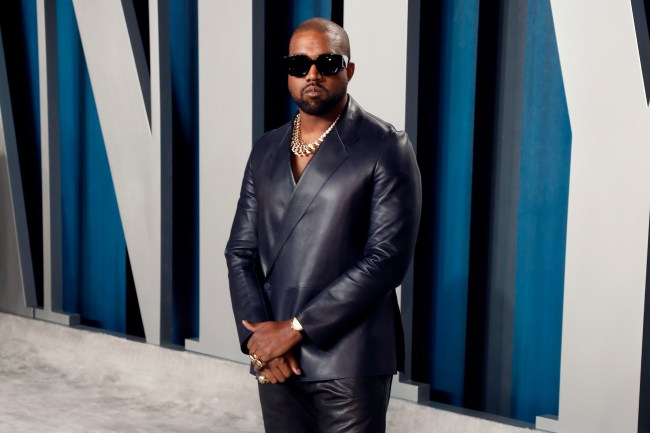 Friends writing me in 🕊 pic.twitter.com/bC4NvFBWB5

Kanye tweeted this picture of someone’s ballot, and two things stood out to me. First, we have both a “Spike” and a “Rocky” on a ballot for the Presidency. This isn’t a ballot to decide who should take over for Shredder if the turtles defeat him. Nor is it a list of Malfoy’s trusted henchmen. We’re talking about candidates for arguably the most powerful positions in the world, and all I can think about are roided-out players from the pee-wee Cowboys in Little Giants. What a time.

Second, what on earth is happening with Kanye being listed as a VP candidate for Rocky? AND he’s a write-in option? I need answers.

The American Independence Party (AIP) named West as the VP alongside independent presidential candidate Roque “Rocky” De La Fuente, and neither had a say in it. The reason why West was chosen for VP? “Well, he wasn’t available for President,” AIP Chairman Markham Robinson told Newsweek.

The AIP picked West because of his political views, as well as his celebrity connections. Robinson explained having a former endorsement from Elon Musk—who he called “one of the smartest people in the world—secured confidence in West, as did West’s reliance on the Bible to enforce his points.

De La Fuente didn’t know West was going to be his California running mate until it was official. He’s on the ballot in 16 states and is eligible as a write-in an additional 12. In all but California, he’s running alongside author Darcy Richardson. But California’s laws give the endorsing party, in this case, the AIP, the only say on both presidential and vice-presidential nominations.

Maybe my brain isn’t seeing the ball today, but this was confusing as hell. I guess in certain states, third-party candidates don’t get to choose their running mates? But in California, they can, and the AIP added Kanye as the VP candidate for this Rocky fella because Elon Musk likes him? Huh. The less you know. (I could have that entirely wrong but if you have a better grasp, please inform me somehow.)

Though there could be a small chance they’ll end up running the country together, West and De La Fuente haven’t spoken.

Ah. Guess not. “We’re a weird…” and not even finishing that sentence probably isn’t the ringing endorsement Kanye wants from the other half of his ticket. Guess he’ll have to rely on people writing his name in. Bold strategy, we’ll see if it pays off for him.