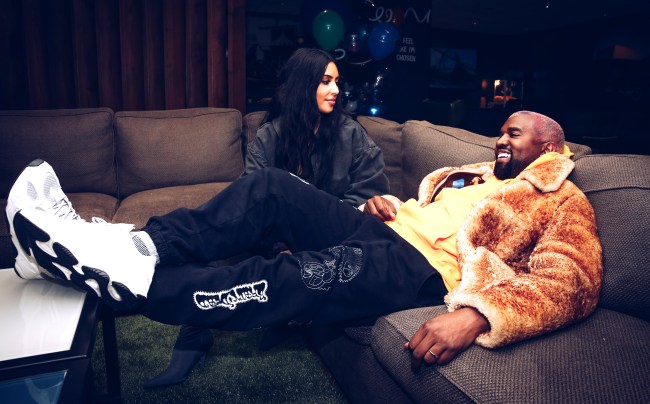 Here’s a shocker for you. Kanye West might be a difficult person to have as a boss. Hard to believe, right?

Well, he is, at least according to his ex-bodyguard Steve Stanulis who is firing back at the rapper after receiving a cease and desist letter and being threatened with a $10 million lawsuit.

West and his wife Kim Kardashian have accused Stanulis of making “false and defamatory” statements during an appearance on the Hollywood Raw podcast with Dax Holt and Adam Glyn. Stanulis is also accused of breaking a confidentiality agreement he allegedly signed in February of 2016.

On the show, Stanulis said West was one of his “least favorite people” to work with because of his “ridiculous rules” and called him the “neediest, moodiest and worst tipper” of all his celebrity bodyguard clients. On the positive side, Stanulis also claimed Kanye was the hardest worker of his clients.

In response to the threat from West and Kardashian, Stanulis’ lawyer Dmitriy Shakhnevich wrote, according to Page Six, that the bodyguard had not signed a confidentiality agreement and “as such, any efforts undertaken by your clients to enforce any purported ‘confidentiality agreement’ will be met with counterclaims, that will seek significant damages, along with court costs and legal fees.”

Shakhnevich also told Page Six, “Our client is being bullied here, and we will not stand for that.”

This is the second time that West has threatened Stanulis, who is now an actor and director, having recently released a film titled 5th Borough starring Tara Reid.

Stanulis, meanwhile, told Page Six about Kanye and Kim’s threats, “I’m not going to let Kanye West and [his wife, Kim Kardashian] push me around just because they are rich and famous. I won’t be intimidated by these two egotists!”