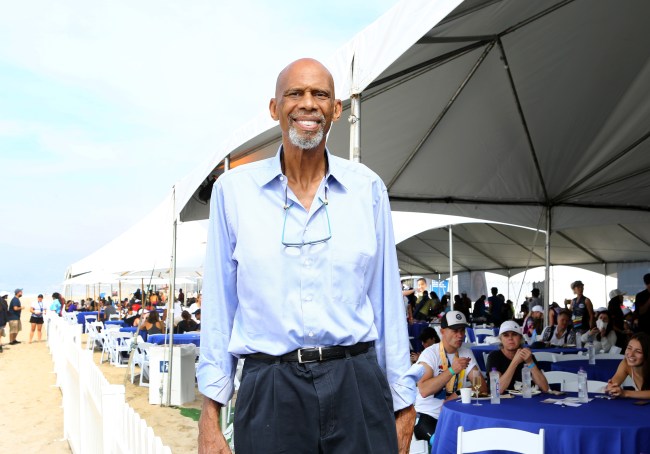 Kareem Abdul-Jabbar wrote a pretty phenomenal and interesting op-ed in the New York Times today. He lays out a compelling argument for why NBA players should receive the vaccine ahead of regular folks like us, and it has nothing to do with the taxes they pay (sorry Chuck):

In 1956, Elvis Presley received his polio vaccine on television, launching a highly effective vaccination campaign that by 1960 had reduced annual occurrences of polio by 90 percent. Health policy professionals suggest that public health campaigns using celebrities should focus on celebrities who are influential in particular communities in order to build trust. N.B.A. players, 81.1 percent of whom are Black, appeal to the under-35 and African-American demographics. LeBron James, whom Forbes called “America’s Most Popular Athlete,” has 72.6 million Instagram followers, and Steph Curry has 30.4 million (compared with Tom Brady’s 8.2 million), so when they and other influential N.B.A. athletes publicly get their shots, they will contribute to convincing Black and under-35 skeptics that the vaccines are safe and necessary.

Of course, I would like to see the N.B.A. season in full swing, with all the players safely inoculated, but not at the expense of those whose lives are in immediate danger. The exception: those receiving the shots as part of a sustained campaign to bring vaccination awareness to communities most in need of persuasion. Public celebrity inoculation is a proven and reasonable step in moving the nation toward herd immunity, opening businesses, and finally hugging our loved ones. [via NY Times]

The entire column is worth a read. Kareem seems like a pretty philosophical dude these days. In effect, he thinks that the celebrity status of NBA players would help convince certain groups who might be suspicious or worried about the vaccine that it is safe, and necessary. It’s an argument we’ve heard before, but not with regards to NBA players.

But here’s my question: given that Kareem points to Lebron’s enormous Instagram following as evidence of his super-influencer ability, does that mean that ALL NBA players should be vaccinated? Or just the players who meet a minimum number of Instagram followers? After all, not all influencers influence equally. I’m much more likely to buy a charcoal facial scrub with gently exfoliating beads because EmRat told me it has transformed her skincare routine than if some moron with 100k followers who can’t even get a free night’s stay at a Radisson in Little Rock tells me it’s a good cleanser.

I think it has to be a 1 million-follower cutoff. If you’re not there (Montrezl Harris, Deandre Ayton, etc.) it’s time to step it up. Hell, buy some followers when nobody is looking. Sure, people will clown you for getting a ton of those weird, vague comments from clickfarm accounts, but you’ll be vaccinated. Seems worth it.