This Hero Left His Oxford U. Rhodes Scholarship In 1967 To Fight In Vietnam Where He Earned 16 Medals 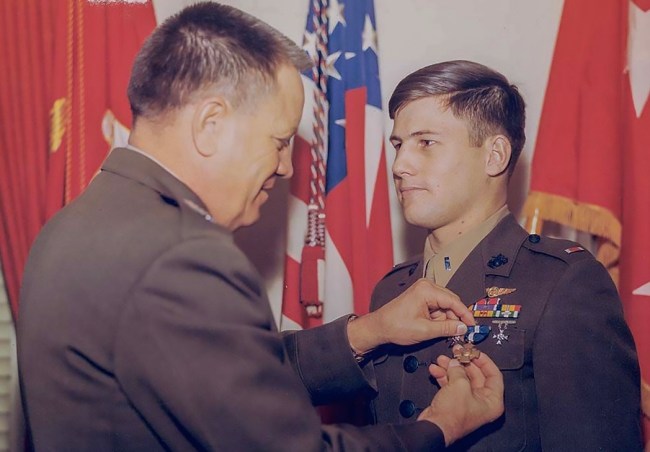 We’re just a few weeks away from Memorial Day so I wanted to share this amazing clip with you all about Karl Marlantes. Karl first came to the US Marines as an undergrad at Yale University in the ‘Platoon Leaders Class’ where he’d train at Quantico during the Summers and when he graduated he’d earned a Rhodes Scholarship to study at Oxford University in England.

He didn’t think there was any way the Marines would let him go take the scholarship and continue his studies abroad with the ongoing Vietnam War happening but to his dismay, the Marines gave him permission. After a few weeks in England, the guilt of hanging out in pubs while every other American boy his age was fighting in Vietnam was too much for Karl so he left England to go fight.

AARP recently sat with Karl Marlantes to have him tell his story of leading Marines into Vietnam, where he’d be awarded the Navy Cross, the Bronze Star, two Purple Heart medals, 10 Air Medals and two Navy Commendation medals for valor:

Karl’s incredible story is just one of many that you’ll find on the AARP YouTube channel. This one from World War 2 veteran Phil Hollywood about surviving the Battle of Surigao Strait in WW2 is something you have to check out.