Katy Perry Got Stuck Hanging In Mid-Air In The Middle Of Her Concert, Handled It Like A Champ 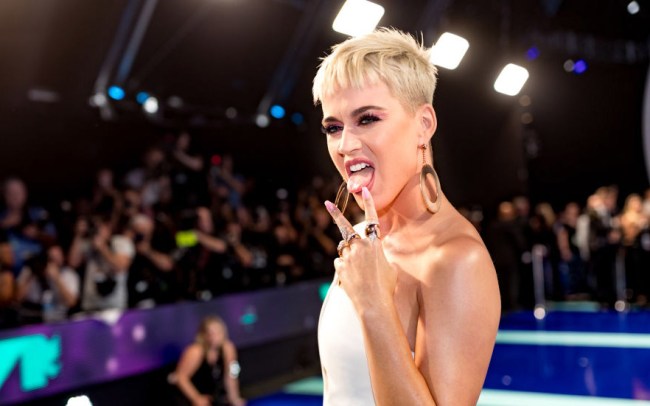 Katy Perry is out on the road doing concerts for her Witness World Tour and from all indications the show is quite the spectacle. Which is not unusual considering what we’ve seen out of previous Katy Perry performances on awards shows and at the Super Bowl. (Left shark, anyone?)

I mean, look at this…

However, with elaborate productions also comes the chance for mechanical failure, which is exactly what happened to Perry at her tour stop in Nashville this week with hilarious results.

Here’s how this portion of her concert is supposed to look. Note how Perry is suspended in the air.

The planet prop is supposed to hover around the arena so fans can get a closer look at Perry as she performs.

Unfortunately for Perry, it wouldn’t STOP hovering and she was stranded in mid-air.

“I’m really stuck,” Perry said to the crowd. “This is the first time I’ve been stuck in space. I know I’m kind of a space cadet, but actually, this thing is stuck. What should I do? Should I tell some jokes, should I tell some stories, should I just sing another song? You’d better put your phones up, it’s a YouTube moment!”

Perry’s crew were eventually able to lower the star down, but couldn’t take the prop all the way to the floor without crushing people so Perry improvised and dropped onto her fans, crowd-surfed and eventually walked back on to the stage.

Katy’s planet got stuck so they had to clear everyone beneath her so she could land & she was SO CUTE @katyperry #WitnessTheTour #Nashville pic.twitter.com/qmaoEOaYM5