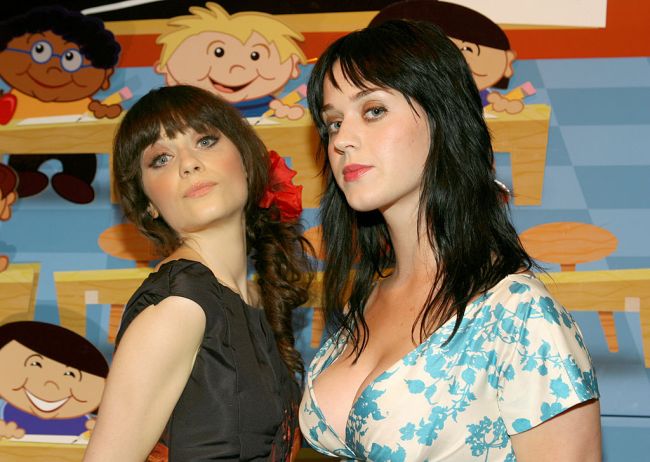 Katy Perry released her video for ‘Not the End of the World’ earlier this week and it stars Zooey Deschanel who impersonates the pop star and gets zapped up into space. Aliens are tasked with saving Perry from Earth’s impending doom and grab Deschanel by accident instead.

The two are often compared as lookalikes based on looks and it wasn’t the first time that one acted as the other. However, back in the early 2000s, the script was flipped. Perry admitted on an Instagram Live video on Monday that she used to pretend to be Deschanel in order to get into clubs.

While Perry said that she felt a little bit badly for lying about her persona, Deschanel said that word got back to her about the impersonations, and after some initial hesitation, she was cool with it.

“People would be like, ‘I saw you!'” Deschanel said. “But I’m such a goody two-shoes and people kept going, ‘I saw you out! I made eye contact with you!’ and I was like ‘No!’ and then everybody kept telling me about this girl Katy who looks just like you, and I’m like, ‘Who is this Katy?'”

That was a relief to Perry, because she apparently used to get “pretty crunk in the club” during her “wild child” stage. For word to get back to Deschanel, Perry must have been a blast to party with.