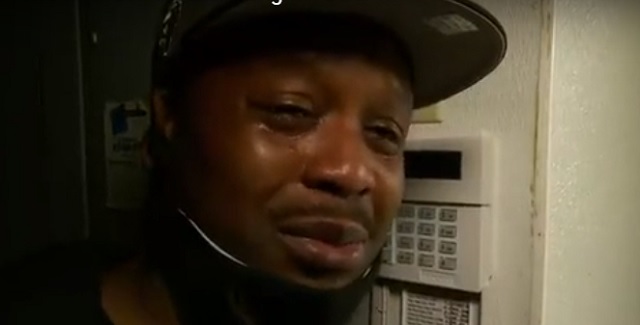 Last week, several Minneapolis restaurants and businesses were looted and vandalized during the protests against police brutality following the killing of 46-year-old black man George Floyd at the hands of police officer Derek Chauvin.

Former firefighter Korboi Balla, the owner of the Scores Sports Bar, was one of the local restaurant owners affected by the unruly protests and lost his life savings when rioters destroyed his business.

The dude (KB Balla) is even a firefighter and has a loving family as well and this is how he gets treated? Come the fuck on people

*inserting the gofundme as I feel its rather disrespectful not to*https://t.co/7e0JKjoOlU pic.twitter.com/O2AxX21wVS

“I don’t know what we’re going to do,” Korboi Balla told CBS News on Thursday morning while holding back tears. “It hurts, man. It’s not fair, it’s not right. We’ve been working so hard for this place. It’s not just for me, it’s for my family.””

According to Balla, his sports bar was set to open for the very first time in the coming weeks but that changed after Floyd was killed.

Scores Sports Bar was set for a grand opening this spring but when COVID-19 hit that was put on pause. Now, just as Scores was gearing up to welcome customers with updated guidelines from the govenor, George Floyd was murdered and everything changed overnight.

Balla then set up a GoFundMe asking for help to save his business after it was vandalized.

“Scores Sports Bar was LOOTED, VANDALIZED and DESTROYED 5/27/2020. This black-owned business is left trying to pick up the pieces amidst mourning with the community. About the Bar Owners: Kb Balla & his wife Twyana are active members of their community. KB is a Firefighter on the Brooklyn Center Fire Department and Twyana was a member of the Sounds of Blackness. They have a 4 beautiful children and the toll of this entire situation is heavy. KB has been a community entrepreneur for decades and coaches and contributes to the community in which they live.

Less than a week after putting the Gofundme, Balla has reached over $1 million. 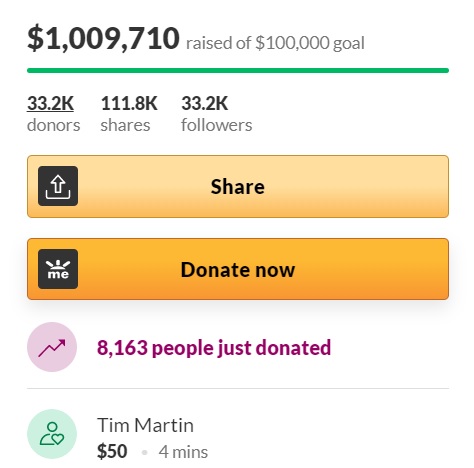