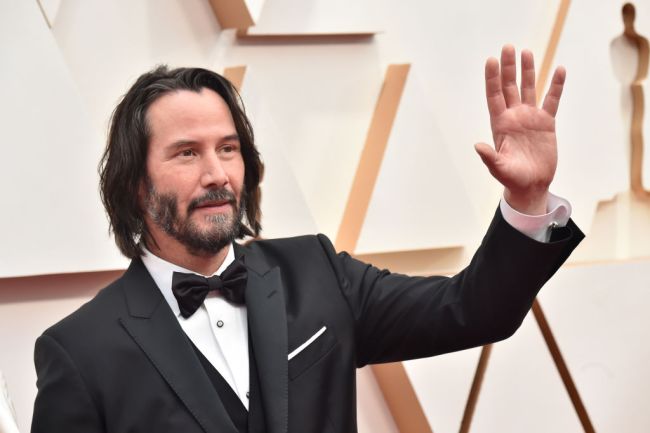 Devil in the White City. I remember a few years ago when Leonardo DiCaprio was attached to star and Martin Scorsese was attached to direct, I immediately went out and bought the book. And, I gotta admit — slight reading brag here, no big deal, thank you and you’re welcome — it can be a pretty damn boring book at times, as it delves just as much into turn-of-the-century architecture as it does the rise of H. H. Holmes, who is often credited as the first modern serial killer.

That’s what’s great about movies and TV shows, though, as they can choose to highlight whatever aspects they feel will be the most entertaining, which will hopefully be the case with the Devil in the White City series that’s being developed by Hulu. Needless to say, casting the one and only Keanu Reeves in the project is certainly a promising start in that regard. The series would also mark Reeves’ first-ever major television role in the United States.

As Deadline notes, DiCaprio first bought the film rights to the book back in 2010 and originally planned for it to be a Scorsese-directed feature at Paramount Pictures.

The Devil in the White City tells the true story of two men, an architect and a serial killer, whose fates were forever linked by The Chicago World’s Fair of 1893. It follows Daniel H. Burnham, a brilliant and fastidious architect racing to make his mark on the world and Henry H. Holmes, a handsome and cunning doctor who fashioned his own pharmaceutical “Murder Castle” on fair grounds – a palace built to seduce, torture and mutilate young women. The story takes the viewer on a tour of murder, romance and mystery in the gilded age. [via Deadline]

At this time, it is unclear if Reeves will be portraying architect Daniel H. Burnham, serial killer H.H. Holmes, or another character entirely. Given the persona that Reeves has built over the decades, it’s hard to imagine him taking on the role of a brutal serial killer. Then again, perhaps he’s looking to expand his repertoire.

Reeves can most recently be seen in The Matrix: Resurrections, which is currently playing in theaters and HBO Max. He’s also got John Wick 4 set to release in March 2023 and John Wick 5 in the works, as well.

RELATED: A ‘Matrix: Resurrections’ Star Declares That Keanu Reeves Is The Greatest Action Actor Of His Generation