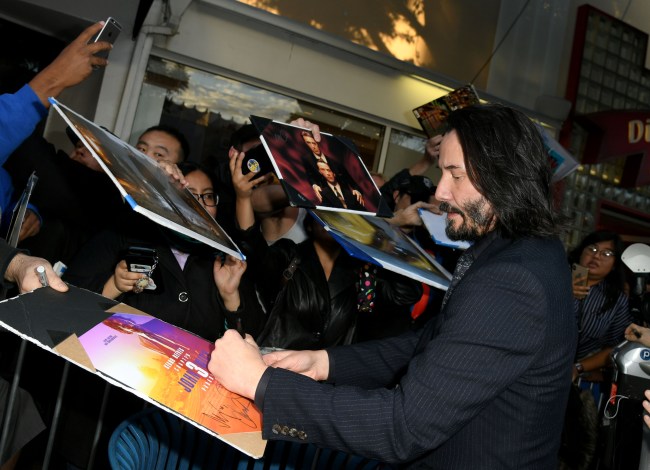 The top three most likely ways the world will end, according to a very academic study, are as follows:

Keanu is so hot right now his toenail clippings could be put on display at the Smithsonian. Sephora could become a billion dollar business if they just created a ‘Keanu’s Fart’ fragrance. Wives and girlfriends would abandon husbands and children just for Keanu to accidentally graze their shoulders.

Keanu Reeves has become society’s beacon of hope, a new standard of what is possible in the evolution of man, both physically and spiritually. He’s cracked the code on how to be ubiquitous while still mysterious, educated and indifferent, handsome with a touch of homeless. A study in contradictions, while still maintaining true to himself.

But, until that day, let’s keep worshipping the ground this dude walks on by applauding every inconsequential thing he does. IT’S FUN!

The latest Keanu slurp fest was birthed from a tweet that demonstrated how respectful Keanu Reeves is when taking photos with females, especially when colored with the context of the #MeToo era.

When you look closely at the four photos below, you’ll notice that Keanu makes a concerted effort not to palm the backs of adoring female fans. A small respectful gesture that the internet has deemed to be saint-worthy.

This dude could seriously be the first Canadian-born human to become President of the United States. 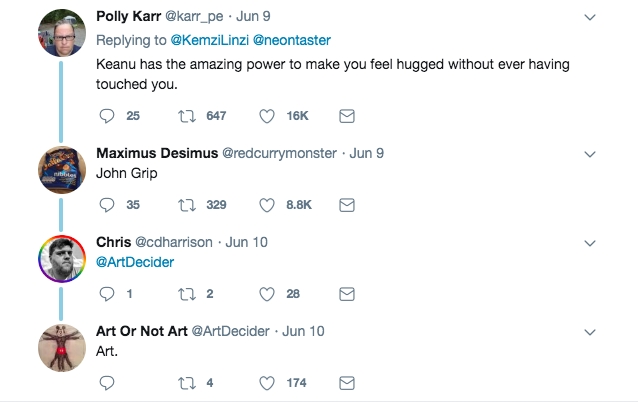 Well he is The One pic.twitter.com/IZtlexLMYY

If the virality of Keanu serves no other purpose in the future other than to remind me that the above GIF existed, it would be worth it.