Keanu Reeves Goes Viral For His Incredibly Poignant Answer To ‘What Happens When We Die?’ 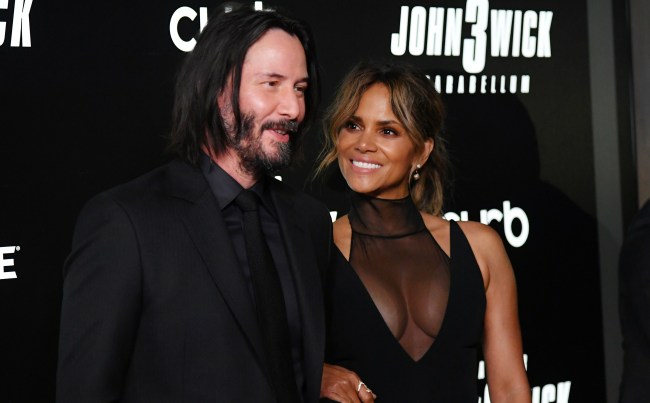 During his appearance on The Late Show to promote his new movie John Wick: Chapter 3 – Parabellum, Keanu Reeves was asked by the show’s host Stephen Colbert, “What do you think happens when we die?” Reeves’ tremendously thoughtful answer ended up going viral.

Reeves, already one of the most beloved actors in America, for not only his movies, but also for being one of the most personable and friendly stars ever, as well for his incredible support of charitable causes, made even more fans by responding to the question, after some brief but careful consideration, “I know that the ones who love us will miss us.”

That simple answer has since been liked over 300,000 times and shared more than 90,000 times on Twitter.

Reeves also discussed what it was like on the set of John Wick: Chapter 3 (full of ninjas, motorcycles, horses, and “cat chaos”), as well as what it’s like to fight on a horse (“It’s fun, it’s really fun.”), working with Halle Berry and her dogs, and his recent announcement of a new Bill & Ted movie, but it was his very poignant answer to that impossible question that really struck a chord with people.

Wow, that's absolutely perfect - Stephen being absolutely speechless was about the only possible response in that situation. I mean, what on earth do you say to that? Beautiful words from an amazing human being.

Such a great answer. 😌

Keanu Reeves making me cry with 12 words on a Sunday morning. https://t.co/zuVut4dBWr

Keanu Reeves really is a whole vibe worth aspiring toward. https://t.co/F98WZh9smw

When it comes to loss, Keanu knows more than some could take. He really is the nicest most humble, generous man in Hollywood. ❤️

Aw man I rolled up to this video all confident like “this better be good” and now I am tearing up damn it.

Yes. Yes he could.

Check out the entire wonderful interview below…