Government Says Knock It Off With The #KekeChallenge, 3 People Arrested For ‘In My Feelings’ Challenge 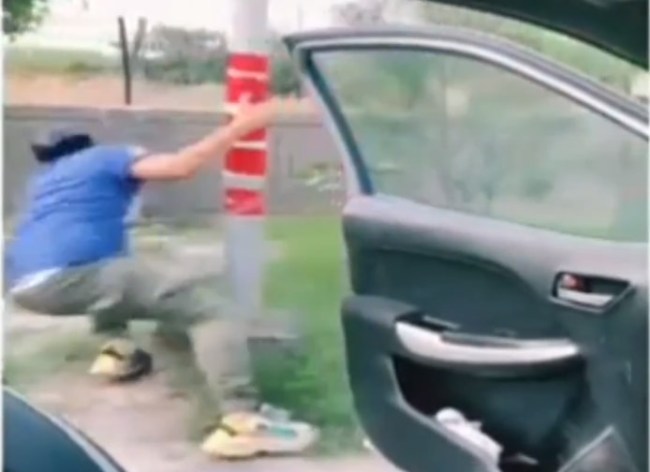 Drake’s “In My Feelings” joint has been a ginormous hit song, not just for the music, but also for the viral dance challenge that is associated with the track. Instagram star “The Shiggy Show” ignited the sensation by adding a simple dance to go along with the song and it has blown up. The dance was taken to new heights by Will Smith and the challenges have taken a different turn as of late by adding cars to the dance.

The #InMyFeelingsChallenge has evolved into dancing whilst ghost-riding the whip. People get out of their vehicle while it is still rolling and they do the Shiggy. People are attempting the #KekeChallenge, but some people are getting hurt by doing the stunt. Enough people have gotten hurt that the government has had to issue a warning to not attempt the Keke Challenge.

The National Transportation Safety Board, the government agency that “makes transportation safer by conducting independent accident investigations and advocating safety improvements, has posted a warning about the viral dare. “We have some thoughts about the #InMyFeelings challenge,” the NTSB said in a Facebook post. “#Distraction in any mode is dangerous & can be deadly. Whether you are a #driver, #pilot, or #operator, focus on safely operating your vehicle.”

Authorities in Abu Dhabi took it to another level by arresting three social media stars for performing the #KekeChallenge. They were charged with “endangered lives, offended public morals and violated the traffic law.”

A stern warning from the NTSB probably isn’t going to deter anyone from continuing from carrying out the #KekeChallenge. However, posting fail videos of people mauled while doing the “In My Feelings” Challenge might discourage a few people from attempting the viral dare. So for the sole reason of trying to dissuade people from injuring themselves and totally not to mock people playing stupid games and winning stupid prizes, here are some #KekeChallenge fail videos that ended horribly.

sana in my feelings challenge pic.twitter.com/q5mFnehotb

This is the only Keke Challenge video that you need to watch.