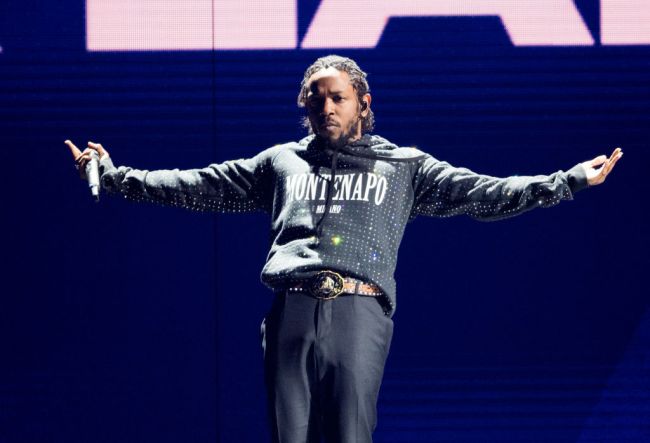 We haven’t heard from Top Dawg Entertainment in awhile. The West Coast-based music label represents Kendrick Lamar, Schoolboy Q, SZA, Ab-Soul, Jay Rock, Isaiah Rashad and SZA, amongst others, but their top artists have not released new music in a few years. TDE is known for their vague, perplexing rollouts and it continued its mysterious ways on Wednesday. The Top Dawg himself, CEO Anthony Tiffith, had not posted anything but retweets, quote tweets and links to Instagram or YouTube on Twitter since April 27, 2020 when he promoted a release from SiR. That changed at 10:18am ET on April 28, 2021— almost a year later to the day.

Tiffith tweeted “THE WAIT IS OVAH!!!!” with a video that displayed a progress bar that reaches 99% loaded before transitioning to a date “5/7/21” and nothing else. No artist attached, no disclosure of what is coming out on that day, nothing.

THE WAIT IS OVAH!!!! #TDE pic.twitter.com/MVjWIO7o7L

We, of course, have more questions than answers. Is an artist releasing new music? Is this just a tease? What does it mean?!?!

Well, we can only wait and see if TDE will give us any more information to work with between now and next Friday. Here are the top artists who could be in the mix:

While there is no telling who or what it could be that drops next week, the internet was quick to explore with their guesses. Some even think that it might be the day that Kendrick announces his retirement. Though it’s hard to imagine that TDE would make such a big deal of such an occurrence, right? RIGHT?!

Me thinking Kendrick will drop 🤡 pic.twitter.com/KPHu6BiaSf

i’m definitely not expecting this TDE drop to be Kendrick Lamar lmao. i’m equally as excited for a SZA or Isaiah Rashad album tbh

i just need new music from them man😭 pic.twitter.com/cuOQvlXBxH

THIS HAS TO BE EITHER KENDRICK LAMAR, ISAIAH RASHAD OR SZA. ITS FINALLY HAPPENING 😭 pic.twitter.com/teenVOQ7oy

Everyone is guessing Kendrick Lamar or SZA for TDE’s May 7 release date. But what if it’s Isaiah Rashad…………. pic.twitter.com/htR1gAzFVF

HOPING FOR KENDRICK OR ISAIAH

I’m not finna get super excited over this TDE news because I know it’s not gonna be Kendrick dropping but I’ll definitely take SZA or Isaiah Rashad as a replacement.

All we can do now is wait.