‘No One Should Be Doing The Ketogenic Diet,’ Top US Cardiologist Warns 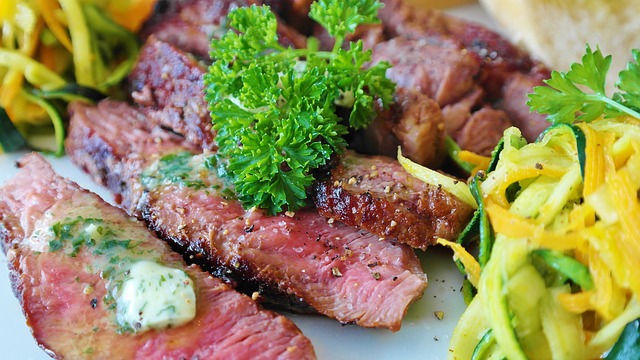 The ketogenic diet is one of the most popular diets out there right now. However, one of the top cardiologists in the U.S. is warning everyone that the keto diet could be shortening your life.

The ketogenic diet is a high-fat, protein-rich, low-carbohydrate diet. If done correctly, the keto diet sends the body into ketosis, a natural metabolic state that forces the body to burn fats for energy instead of carbs.

Dr. Kim Williams is the former president of the American College of Cardiology and he cautions the potential dangers of the prominent diet. Dr. Williams goes so far as to say that “no one should be doing the ketogenic diet” because it may cut years off your life.

“I like the idea, the basic concept: You change your dietary habits and you change something,” Williams told Plant Based News. “Unfortunately, the science of it is wrong. If all you wanted was short-term weight loss — and short-term could be a year or two — if that’s all you’re looking for, great.”

Dr. Williams references a 2013 systematic review of 17 studies that found low-carbohydrate diets were linked to an increased chance of mortality, especially cardiovascular-related deaths.

“There was one (a study) in the Journal of the American Heart Association published a few years later that isolated the people who had a heart attack in the past, the cardiology population that we’re seeing, and they were doing a ketogenic diet,” Dr. Williams said. “It was a 53 percent increase in mortality. No one should be doing this.”

The authors of the 2013 systematic review echoed Dr. Williams’ skepticism of low-carb diets such as keto. “Given the facts that low-carbohydrate diets are likely unsafe and that calorie restriction has been demonstrated to be effective in weight loss regardless of nutritional composition, it would be prudent not to recommend low-carbohydrate diets for the time being,” the review stated. “Further detailed studies to evaluate the effect of protein source are urgently needed.”

Many disagree with warnings of the keto diet including Ken D. Berry MD, a board-certified family physician, and keto advocate Ginger’s Keto In The UK.

But another massive study published in The Lancet Public Health stated “low carbohydrate diets, which restrict carbohydrate in favor of increased protein or fat intake” could slash years off your life. The study tracked over 15,000 people in the U.S. over 25 years and their dietary habits. Participants answered questionnaires and noted what they are eating.

Individuals who were on extra-low-carb diets, which is anyone who got 30% or less of their energy from carbs, were expected to die four years earlier on average. This could be construed as potentially scary news for those on a keto diet since their diet would be classified in the “extra-low-carb diet” category. Keto diets typically recommend that you don’t get more than 5% of your energy from carbs.

Dr. Marcelo Campos at Harvard Medical School also weighed in on the keto controversy and gave his advice in an article published on the Harvard Health Blog.

“Instead of engaging in the next popular diet that would last only a few weeks to months (for most people that includes a ketogenic diet), try to embrace change that is sustainable over the long term,” Dr. Campos recommended. “A balanced, unprocessed diet, rich in very colorful fruits and vegetables, lean meats, fish, whole grains, nuts, seeds, olive oil, and lots of water seems to have the best evidence for a long, healthier, vibrant life.”

The original ketogenic diet was designed in the 1920s to treat difficult-to-control epilepsy in children. Then keto largely disappeared with the advent of better medications, but has made a huge resurgence recently as a mainstream diet philosophy.