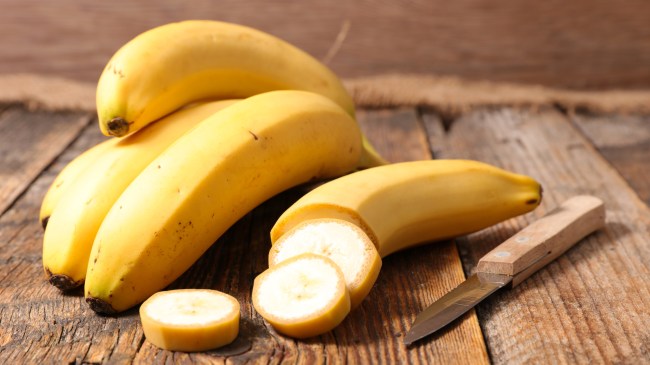 Kevin Biegel’s a writer (Scrubs, Enlisted) and director who has gone viral overnight on Twitter with a hilarious tweet about terrifying people using bananas. His biggest body of work to date was creating and directing Cougar Town which ran for 6 seasons, and that show was based on Sarasota, Florida, the town where Kevin grew up. He’s currently working on Marvel’s New Warriors but when the dust settles on this tweet he might forever be known as ‘that banana message Twitter guy’ which, tbh, is a pretty solid nickname.

While on vacation for the 4th of July in Charleston, Kevin fired off this tweet about scraping secret messages onto bananas before they go ripe. The idea here is that hours later as the bananas turn brown that message slowly creeps out and it looks like the fruit is possessed. Kevin’s a hilarious dude on Twitter (follow him at @kbiegel) but this is definitely one of his best tweets to date:

Scratching haunting things into bananas at the market so when people take them home hours later and the words appear they think a ghost knows their secrets. pic.twitter.com/aDOMd3K8cX

So, this was actually at in his in-law’s kitchen and not at the grocery store but it’d be pretty brilliant (and a hugely dick move) to pull this off at the grocery store in a way that would leave messages showing up days later. As you can imagine, the responses began flooding in with everyone needing to know more:

Do one for me that says

Doing this with my kids' lunch. https://t.co/tWNjT352iC

It hurts when you peel me.

I love this! Except I want to scratch things like "You are beautiful" and "You can do it!"