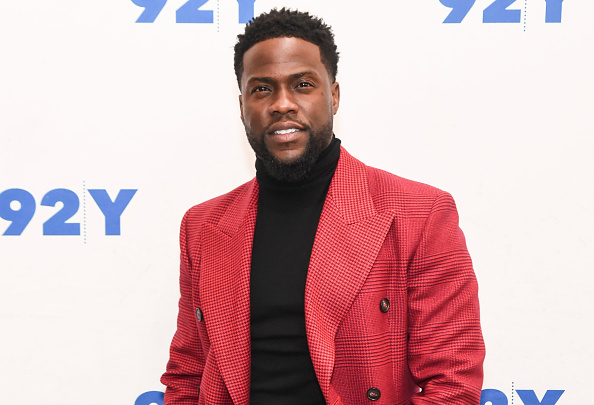 After spending years hosting countless ceremonies like the BET Awards, the MTV Video Music Awards, the MTV Movie and TV Award, comedian Kevin Hart announced that he will be hosting the 2019 Academy Awards next year.

For years I have been asked if I would ever Host the Oscars and my answer was always the same…I said that it would be the opportunity of a lifetime for me as a comedian and that it will… https://t.co/GFCpD7yH6M

Hart’s hiring was met with intense backlash online after his old homophobic tweets resurfaced on the social media site.

I see that @TheAcademy settled on @KevinHart4real, one of the most homophobic people in Hollywood, to host #TheOscars . Surprisingly, it will air on @ABCNetwork, which axed Roseanne (rightfully so) for similar vile behavior. wtf, Academy/abc?!? #Oscars pic.twitter.com/mJVHMQMsDU

After seeing this @benfraserlee tweet, I did a search for every time Kevin Hart tweeted "fag," "homo," or "gay." It was…a lot. And he seems to have basically stopped tweeting those words after 2011 — i.e. the year his first stand-up movie became a hit. https://t.co/P8nTOilFgx pic.twitter.com/6uzPhnvt4F

So apparently @TheAcademy is unfazed by @KevinHart4real ‘s history of blatant homophobia and hateful language towards the #LGBT community? This is appalling. #AcademyAwards pic.twitter.com/BXhGCZQfzX

Maya Angelou once said “When someone shows you who they are, believe them the first time.” Guess @KevinHart4real is a homophobe. This will be the first @TheAcademy show I won’t be watching since I was child. 😢 #homophobia pic.twitter.com/sFkn2Xc5I3

It appears that Kevin Hart and his team have been working quickly to delete all of his old problematic tweets.

so @KevinHart4real deleted the homophobic tweet I pointed out yesterday but there's still 40+ left. do people make mistakes? yep! but the question remains: what's he done to offset the negative impact these made? apologize? activism? philanthropy? anything? 👀 @TheAcademy pic.twitter.com/McOiDLlMET

. “If you don’t believe that people change, grow, evolve, I don’t know what to tell you.”