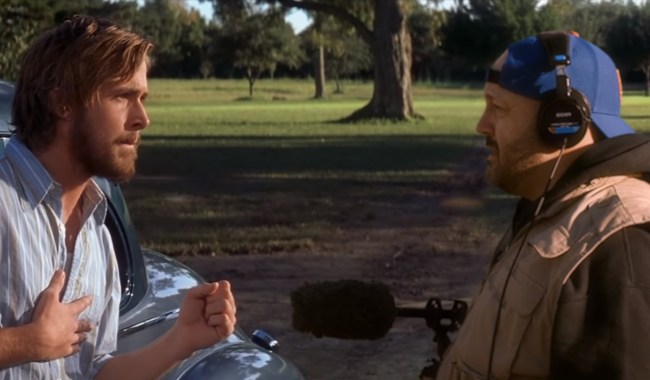 I was today years old when I realized that I needed Kevin James’ YouTube channel in my life. I actually had no idea that Kevin even launched a YouTube channel until I stumbled across this clip earlier today of him trying to do a ‘sound check’ on Ryan Gosling in The Notebook and once I clicked around to see the other videos it became apparent that the Paul Blart: Mall Cop star is killing it on YouTube.

Since the first clip was uploaded two weeks ago, Kevin James has already appeared as the ‘Sound Guy’ in Star Wars, Rocky, and The Notebook along with two other clips. Each of them has been racking up hundreds of thousands of views and we’re now living in a world where The King of Queens is actually crushing it on YouTube.

Don’t believe me? Check these out and tell me they’re not good. Everyone’s entitled to their own opinion but if you disagree you’re wrong and I hate you.

I suspect that all of this is leading up to Kevin James announcing some big project in the near future along with his publicity team realizing that more channels of exposure are always good to have. It’s only a matter of time before we find out why Kevin James is doing this. He’s currently working on The Crew which is a NASCAR-based TV comedy so there’s perhaps a connection there but it’s unclear right now.

To be fair, I imagine that Kevin James has just a small part in the viral success of his YouTube channel. The team leading the social media push along with the editors and creative team deserves most of the success but the channel’s in his name sooooo Kevin James is getting the shout out there.