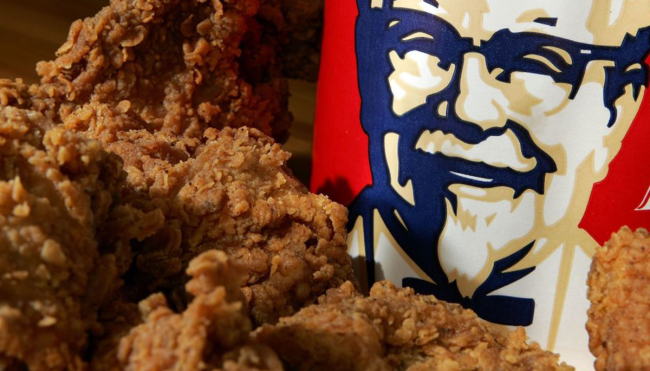 Earlier this month, we learned health officials in Australia had instituted a limit on the amount of booze some residents in lockdown in Sydney could drink after instituting a daily alcohol ration in certain housing complexes in the city.

Australia isn’t the only country in the region to deploy what’s been dubbed the “COVID Zero” strategy in an attempt to stamp out a potential wave of new cases, as many people in New Zealand have also been forced to comply with some pretty strict measures in recent weeks. Residents in Auckland have spent over a month enduring the highest level of the country’s four-tier lockdown mandate, which includes a bevy of travel restrictions and the mandated closure of non-essential businesses—including restaurants.

Auckland where people break covid rules and regulations just to dip over to Hamilton and buy a few hundred dollars of KFC 🤦🏽‍♂️ pic.twitter.com/jXBuFxHRaF

According to a police spokesperson, the two guys were stopped after the car they were driving was allegedly spotted trying to evade the officers who ultimately pulled them over. Following a search of the vehicle, authorities discovered it was filled with a stash of KFC that was purchased around 75 miles away in the city of Hamilton, including three buckets of fried chicken, ten tubs of coleslaw, a large order of fries, and four bags of other various items from the chain.

It’s worth noting the sizable order of KFC wasn’t the most suspicious thing found in their possession, as the men—who are allegedly affiliated with a gang in New Zealand—were also in possession of NZ$100,000 in cash. The BBC implied the fast food may have been ordered to distract from the true nature of their trip, but regardless of the real reason, they’re facing thousands of dollars in fines and up to six months in prison for violating lockdown restrictions.