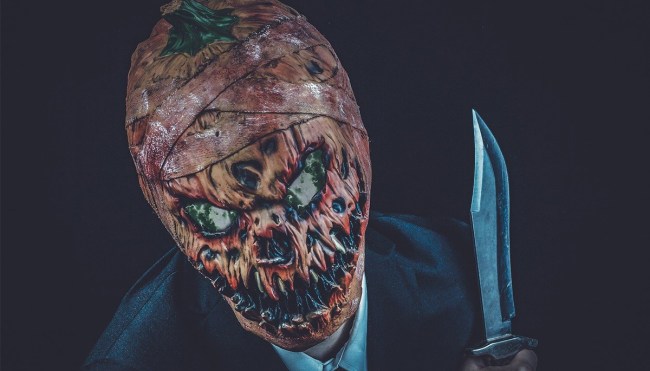 A couple of years ago, the internet came together in the hopes of shutting down McKamey Manor, which is marketed as a “haunted house” but has more in common with a medieval torture chamber where people willingly sign away basically all of their rights for the chance to take home $20,000 by enduring 10 hellish hours of physical and psychological agony.

Part of the reason no one has managed to walk away with that sizeable sum is that the attraction doesn’t abide by one particular rule that most haunted houses share with the jail in Arrested Development: NO TOUCHING.

There’s only so much you can do to gird yourself for the motion-activated animatronics and costumed creeps that lurk around every single corner of those strobe-light filled labyrinths, but it’s always nice to be able to remind yourself that you’re entitled to some personal space when you’re unexpectedly confronted by a masked maniac with a chainsaw.

However, according to ABC5, things went slightly off-script at a haunted house in Ohio over the weekend thanks to a fairly fearless 11-year-old boy who took a tour of the “7 Floors of Hell” attraction located on a fairground close to Cleveland.

The outlet reports the kid was apparently unimpressed by an actor tasked with patrolling the outside of the haunted house while wielding a large knife, as the boy’s mother said he replied, “That’s fake. I’m not scared” when they were approached. It would appear the worker took that as a challenge, as he began to repeatedly stabbed the ground before hitting the boy’s foot.

That wouldn’t have been a huge issue if the employee had been using a prop knife, but they had apparently opted to swap the fake blade they were given for a real one before clocking in. As a result, the boy had to be treated for the wound he suffered after his big toe was sliced open, but he insisted on getting back up on his feet and exploring all seven floors of Hell once it was attended to.

His first visit may have also been the actor’s last, as it seems unlikely the employee will be invited back after police confiscated the knife as evidence in the negligent assault case he’s now at the center of.