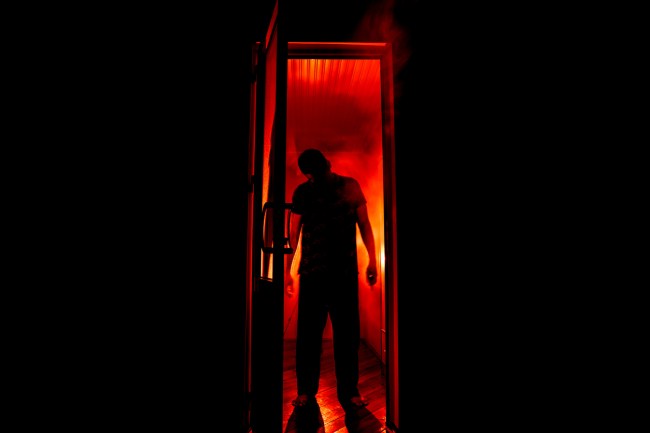 Halloween has officially arrived, which means you have less than a day to get all of the spookiness you crave before November rolls around and people start to celebrate Christmas far earlier than they have any right to.

However, if you want to get the absolute shit scared out of you at any point during the year, you don’t have to look any further than McKamey Manor, the attraction that gives visitors the chance to win $20,000 if they can endure 10 hours of psychological and physical punishment (all you have to do to enter is provide owner Russ McKamey with a bag of dog food).

In order to compete for the grand prize, prospective masochists are required to pass a physical and sign what must be an absolutely ironclad 40-page waiver that gives McKamey and his associates the right to do essentially whatever the hell they want to break you, and when you consider no one has taken home the purse, they seem to have mastered the art of the scare.

However, according to The Washington Post, some people are convinced the attraction goes a bit too far.

The outlet reports over 70,000 critics and counting have signed a petition that labels McKamey Manor a “torture chamber” and accuses the owner of exploiting people who don’t know what they’re getting themselves into (even though there are plenty of videos online that show exactly what you can expect).

The creator of the petition cites a Reddit post that alledges “contestants” have been drugged and repeatedly had their safewords ignored, although there’s no way to verify its veracity.

McKamey seems to have his bases covered when it comes to the legality of his pride and joy, and when you consider there’s some speculation he rakes in cash by live-streaming the sessions to sadists who shell out an unspecified amount to watch things go down, it’s doubtful he’s going to stop under his own volition.

McKamey spoke to The Post about the outcry, saying:

“There’s no torture, there’s nothing like that, but under hypnosis if you make someone believe there’s something really scary going on, that’s just in their own mind and not reality.”

I like a good scare as much as the next guy but that’s going to be a “hard pass” for me, dawg.