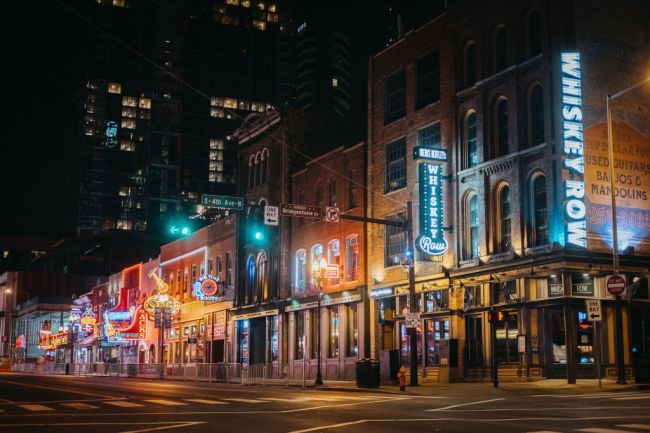 Fun-seekers who visited the Honky Tonk Rock ‘N Roll Steakhouse in Nashville that is owned by Kid Rock got more than they bargained for last weekend. While some may have expected a sh*tshow in Nashville at Kid Rock’s bar, they could never expect a sh*tshow of this scatalogical proportions.

According to reports, a man removed his colostomy bag at the establishment on Broadway and began swinging it at Metropolitan Nashville Police Department officers and anyone in the bar. Sh*t hit the fan.

“The defendant was outside drunk holding a bottle of beer blocking the outside emergency exit door at Kid Rock’s,” the affidavit allegedly read. “Kid Rock security told the defendant to leave … but he refused.”

“Some units and patrons have been assaulted with feces, and at least one officer has left work to change clothes,” the report stated. I mean, isn’t this the type of shenanigans you want to experience at Kid Rock’s bar and have a bitchin’ story to tell your grandkids?

What song do you think was playing as the man swung his colostomy bag like it was nunchucks? My money is on G.G. Allin’s Feces and Blood.

Never let it be said that Nashville doesn’t know how to party. pic.twitter.com/VRpkKRm8IZ

dispatch also advising central was out twice with this unit tonight, keeps refusing medical; well now, he is going to jail…

Nashville police arrested the man for “causing a public disturbance with his colostomy bag,” according to Newsweek. Metro Nashville Police identified the man as Nicholas Newhart, and he was charged with assault on the Metro police officers, disorderly conduct, and public intoxication, according to News 4 Nashville.

People have been cooped up in their houses for over a year, can a guy blow off some steam?