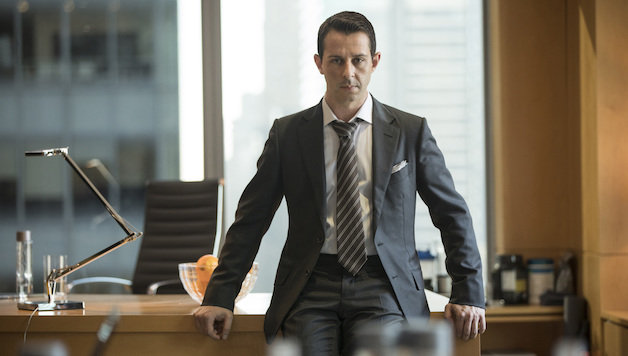 For those who haven’t watched HBO’s 18 Emmy-nominated drama Succession, stop reading this and go. Hit me up if you need an HBO password.

The rest of you enlightened folk must be well aware Jeremy Strong aka Kendall Roy’s convincing descent into manic, drug-fueled lap dog to his father in season two.

Strong, who earned his first Emmy nomination for outstanding lead actor in a drama series, has gained the reputation of being a hardcore method actor, a technique likely honed from his service as Daniel Day-Lewis’s assistant on the 2005 film The Ballad of Jack and Rose.

On the set of Aaron Sorkin’s upcoming Netflix drama, The Trial of the Chicago 7, Strong reportedly demanded that an ex-cop starring as a storm trooper in the movie throw him to the ground before each take in a scene that involved a riot. Sorkin then claimed that Strong begged him to spray him with real tear gas, which he declined to do.

Strong’s intense method acting spilled over into Succession, with co-star Brian Cox revealing that he “worried” about Strong’s unwavering commitment to the role. The admission has led to various rumors about the 41-year-old’s antics on set, like refusing to be called anything other than his stage name and abusing substances as his character would.

Co-star Kieran Culkin appeared on this week’s episode of WTF with Marc Maron to discuss Strong’s approach to his craft.

“With Jeremy, it’s complex. A lot of people immediately say he’s method, and he would say that he is not. But for all intents and purposes, I feel like he kind of is,” Culkin told Maron on the podcast. “The things is, he doesn’t want to know if the actor [opposite him] is going to do [blank], because that would mess him up. Sometimes, he doesn’t want you to say certain words. Like, don’t call it a ‘scene’ or things like that. It can be pretty particular sometimes.”

“Usually,” Culkin continues, “my job is to sort of poke fun at him and try to break down that little wall. Like, ‘Oh, I’m sorry, this SCENE? In this SCENE that we’re going to rehearse because it’s a F**KING TV SHOW?’ I like to do that to him, sometimes.”

If you can’t handle Kendall at his Drug-Fueled Bed Shit, you don’t deserve him at his Dunking On His Billionaire Father.

me realizing i will never be married to kendall roy pic.twitter.com/9wxewzRo1R