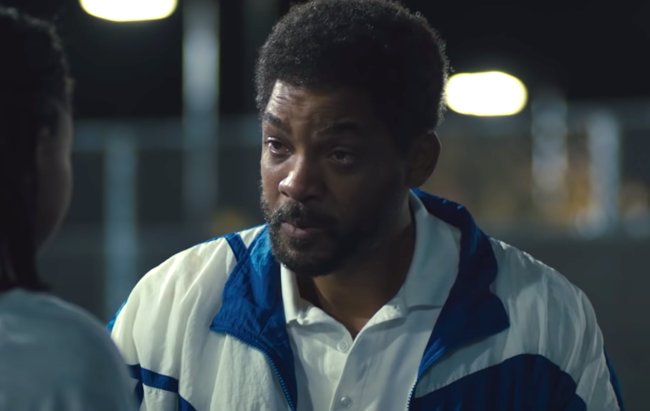 Oh my god. Okay, it’s happening. Everybody stay calm, everybody stay calm. STAY F***ING CALM! Earlier this week I wrote an article partially titled “The Will Smith Oscar Train Is Now Leaving The Station”, but I was simply — as various Instagram models tell us to do — manifesting. I didn’t actually know that his performance was Academy Award-worthy, I was merely putting it out into the universe and hoped the bold prediction would be paid off down the road.

Well, following the film’s premiere at Telluride Film Festival on Thursday night, it appears that the road has been traveled and the desired destination has been reached, as earlier reviews of King Richard are hailing Smith’s turn as the father of Venus and Serena Williams, with some reviews even categorizing Smith as the front-runner for Best Actor at next year’s Academy Awards.

“It strikes me as being bound for major awards recognition, first and foremost for lead actor Will Smith, who plays the eponymous Richard Williams,” said The Hollywood Reporter.

“From his waddle to his obstinance and angry outbursts, Smith renders Williams as a larger-than-life figure,” hails IndieWire.

“This is Smith’s show from beginning to end,” reports Deadline.

“King Richard was expected to launch Will Smith into the Oscar race for his portrayal of the girls’ demanding dad and coach, Richard Williams. And it did just that, providing Smith with his most challenging role in two decades, a loving, egocentric father who, it turns out, does know what’s best for his daughters,” claims the Los Angeles Times.

It’s happening. Similar to Brad Pitt, Smith’s status as one of the industry’s leading icons in the last quarter-century suggests that this may be an opportunity too sweet for the Academy to pass up. Granted, they proved me wrong last year with their decision to give Anthony Hopkins the award for Best Actor instead of Chadwick Boseman. Still, if you can find a sportsbook that’s already offering Best Actor odds, I’d put an early sprinkle on Smith before the market adjusts.