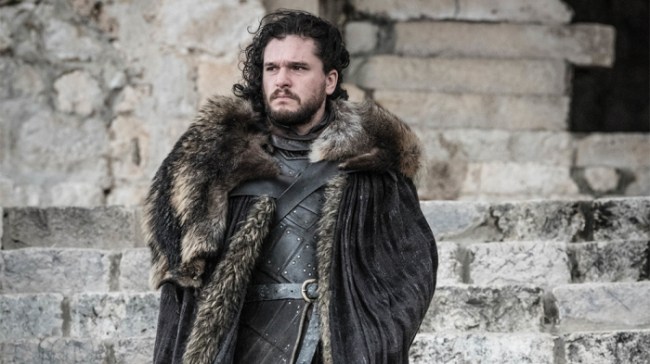 No fair! We all had to have our love of Game of Thrones ripped out of our chests and violently dookied on, the rest of the cast and crew — Kit Harington, who was the primary protagonist of the show, especially — should have to experience the same! If it were up to me, series showrunners David Benioff and D.B. Weiss would be forced to watch the legitimately sinful Game of Thrones finale every single day of their lives. As Ben Affleck’s dad in The Town says, I’d make them carry it around like a fucking disease. Alas, I’m not the Czar of Planet Earth and don’t have those sorts of powers…yet.

But back to Kit Harington, who recently admitted during a Q&A session on social media that — despite the fact that the final episode of the series that made him an international superstar aired over a year — he has still yet to see Game of Thrones’ 73rd and final episode, “The Iron Throne.”

“When people say to me, ‘I wish you’d been on the Throne or I wish you’d been with Dany on the Throne,’ I disagree because Jon’s place was always in the North. He’s never have been happy in the South. He’s like Ned Stark. Ned goes to the South he’s in danger… [Jon] belongs North of the Wall,” Harington said.

Well, Kit, allow me to catch you up (spoiler alert, by the way): Dany inexplicably loses her mind and burns down all of King’s Landing, which then forces you to stab in her in the chest while Drogon… melts the Iron Throne with his fire breath? Then, you get banished North of the Wall even though your artificial-intelligence-powered brother is the new king of Westeros and you ride off into the grim sunset to… well, we aren’t really sure. The end.