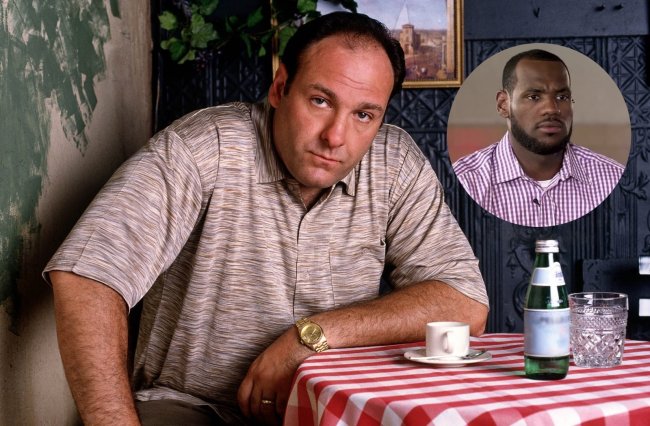 On today’s episode of Jamie Lee Curtis Screaming “I’m like the crypt creeper! In ‘Freaky Friday’ comes the reminder that LeBron James made his move to the Miami Heat over a decade ago. In fact, it’ll be 11-years in July. Time really flies when you’re living through a seemingly unrelenting streak of generation-defining world events, huh?

Even to this day, despite the way in which the NBA has increasingly become a superstar-driven league, there’s still been nothing quite like LeBron’s first foray into free agency, as teams across the country — most notably the Cleveland Cavalier, Miami Heat, Chicago Bulls, New Jersey Nets, Los Angeles Clippers, and the New York Knicks — pulled out all the spots to recruit the Ohio native to their franchise, going to absurd lengths to try and convince LeBron they were the team for him.

Take the Knicks, who apparently — according to a recent in-depth podcast produced by The Athletic — recruited James Gandolfini and Edie Falco to make a The Sopranos short-film in an effort to entire LeBron into signing with the Knickerbockers.

According to Shattered: Hope, Heartbreak and the New York Knicks, a recent podcast from The Athletic, the franchise hired James Gandolfini to reprise his role as Tony Soprano in a special video to try and lure James to New York.

The never-seen film also featured Edie Falco, who reprised her role as Carmela Soprano for the video, and was shot in Gandolfini’s New York apartment.

“We got those requests all the time back then and [James] Gandolfini, he did nothing,” said Falco on the podcast. “And somehow, he agreed to this thing, which I was shocked by. I thought it was a prank when someone said he’s going to do it.” [via Insider]

Perhaps most surprisingly, Falco mentioned that the short film acknowledged the series finale of The Sopranos by revealing that Soprano had not died in the booth at Holsten’s, but was instead entered into the witness protection program.

“There he was, dressed as Tony,” Falco said. “He must have been a bigger basketball fan than I realized.”

Unfortunately for you, me, and every other fan of The Sopranos, The Athletic was unable to track down a copy of the footage. The good news, though, is that we’re about to re-enter The Sopranos universe for the first time since 2007 later this year when the prequel film, The Many Saints of Newark, hits theaters and HBO Max on September 24.

Gandolfini’s son Michael will be playing the role of a young Tony Soprano, while Jon Bernthal will be playing his father, Johnny Boy Soprano. The rest of the cast is rounded out by Vera Farmiga as Livia Soprano, Corey Stoll as Junior Soprano, Billy Magnussen as Paulie “Walnuts” Gualtieri, John Magaro as Silvio Dante, Ray Liotta, and Leslie Odom Jr.

RELATED: James Gandolfini’s Son Discusses The Two ‘Sopranos’ Scenes That Kicked Him Directly In The Feels