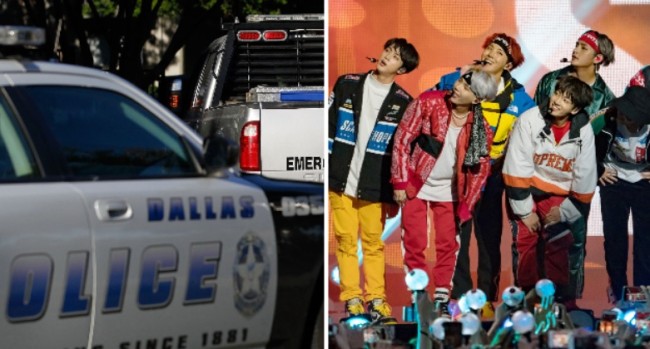 On Saturday the Dallas Police Department asked citizens to turn in videos of people performing “illegal” activities through their app during the protests against police brutality.

If you have video of illegal activity from the protests and are trying to share it with @DallasPD, you can download it to our iWatch Dallas app. You can remain anonymous. @ChiefHallDPD @CityOfDallas

Of course, asking people to snitch during protests against the police didn’t sit well with those on the Internet.

Korean Pop (K-pop) twitter fans, who have a large fanbase on the social media app, asked members to flood the app with “fancam” videos. For those who don’t know, fancam videos are fan-shot clips of Korean popstars or groups performing live.

Hey, kpop stans? I need a favor. How many fancams y'all got?

Save a life by uploading fancams to the iWatch Dallas app.

Make sure to leave an honest review too! 💙

The K-pop fans eventually sent in so many videos that they crashed the app.

Due to technical difficulties iWatch Dallas app will be down temporarily. pic.twitter.com/zksA1hkVhV

hope you enjoyed the fancams pic.twitter.com/MfWKIfTWDW

To explain: Dallas PD referred people to a snitching app, and kpop Twitter flooded it with fancams until the app broke. https://t.co/IOr5LNB9To

Hope you enjoyed the fancams you pigs pic.twitter.com/GhSycfxlZs

Kpop community weaponized their fancams to overwhelm the server bandwidth of a Dallas PD snitch app they tried to launch😂💃🕺 https://t.co/aW0UqxbrWl

LMFAO THE KPOP GIRLS TOOK DOWN THE IWATCH DALLAS POLICE APP WITH THEIR FANCAMS pic.twitter.com/U9qLFbJKl5