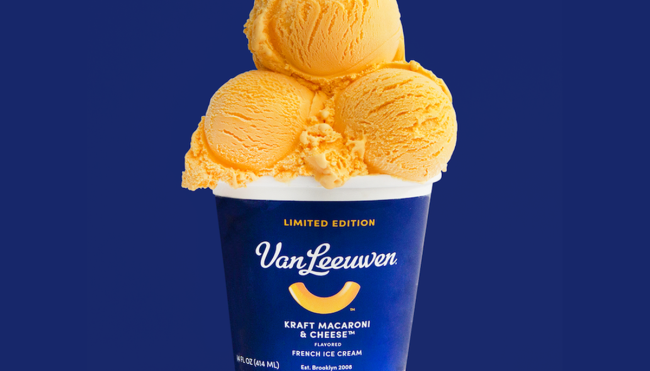 During my time on the internet, I’ve come across countless brands that have routinely fallen victim to what is best described as the “Jurassic Park Dilemma”: an issue that arises when a company is so preoccupied with whether it can do something that it fails to take a minute to consider if it should.

This problem is especially prevalent in the food and beverage space, which is filled to the brim with Dr. Frankensteins responsible for crafting ungodly culinary monsters that have seemingly no reason to exist.

Ice cream is one of the most popular test subjects for those experiments, which have spawn creamy concoctions that taste like mayonnaise and other flavors inspired by condiments that belong atop a burger as opposed to inside an ice cream cone.

Now, Today reports Kraft has decided to get in on the action by teaming up with Van Leeuwen Ice Cream for a limited-edition flavor inspired by its iconic boxed macaroni and cheese.

Who exactly is the mac and cheese ice cream aimed at? I’m not entirely sure, but based on a post Kraft threw up on Instagram on Wednesday, enough people flocked to the online store where it’s being sold to crash the servers.

We live in truly bizarre times.