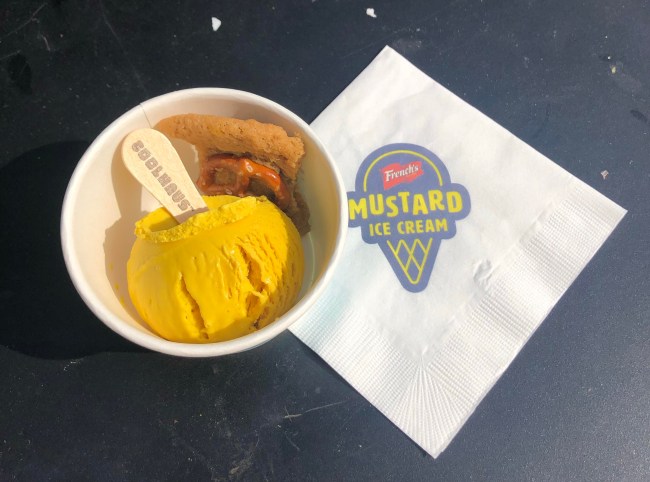 Jon Taffer famously hates excuses more than old dudes with saggy balls seemingly abhor wearing towels in the locker room, but when I was preparing for a chat we had a couple of months ago, I discovered there might be one thing in life he may somehow despise more than people who lay the blame on everyone but themselves.

On an episode of his expectedly-titled No Excuses podcast, Taffer opened things up by spending a full five minutes going through a list of upcoming “national days.” He rattled off arbitrary celebration after arbitrary celebration—including “Grape Popsicle Day” and “National Speak In Sentences Day” (the latter of which seemed to really incense him)—with audible disdain in this voice while repeatedly bemoaning the federal government for devoting time and money to celebrating the sheer mundanity of life.

On Saturday, it was mustard’s turn to be celebrated for no real reason at all and French’s decided to take advantage of some easy PR and commemorate the condiment by teaming up with Coolhaus and unleashing mustard ice cream onto an unsuspecting world.

While I initially recoiled after hearing about the concept, I have to admit I was also a bit intrigued, and when I learned an ice cream truck would be posting up and slinging out the frozen concoction in New York City, I knew I had to make the trek to try it out for myself. 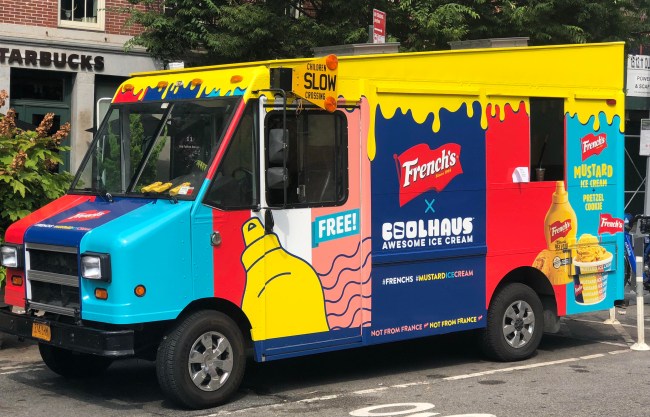 I arrived underneath the shadow of the Brooklyn Bridge earlier than I anticipated but still found myself greeted by a line led by a man armed with his own to-go container and an insulated bag filled with ice who had clearly been waiting all of his life for this moment.

While my trip was initially inspired by morbid curiosity, the truck had parked itself in what appeared to be the sunniest location available, and after standing for fifteen minutes in the blazing heat, I was actually looking forward to some relief that would finally come when it was my turn to step up to the window and claim my prize. 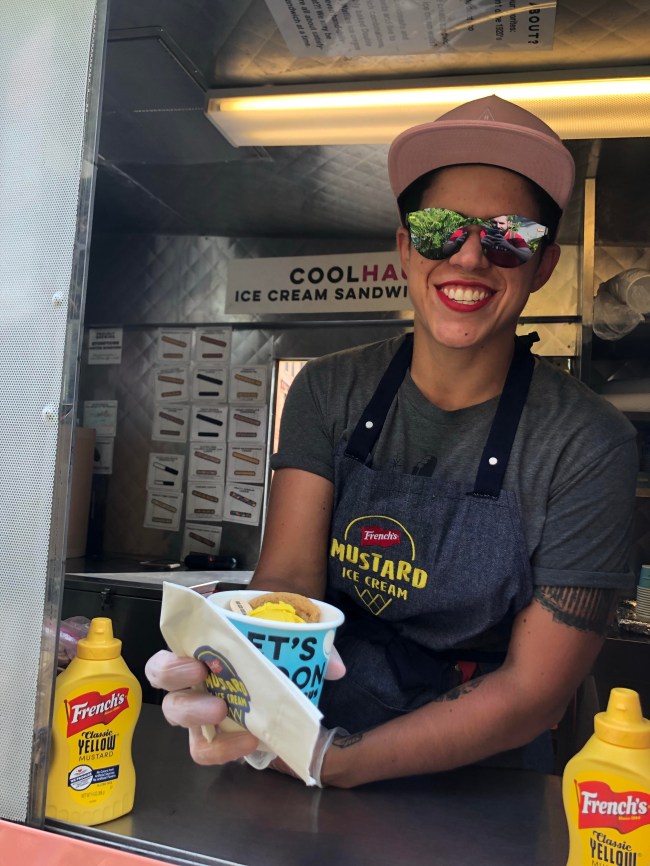 I took a few pictures of the vibrant yellow dairy “treat” as subtly as possible in an attempt to avoid the shame that comes with snapping photos of foods tailor-made for Instagram in public, with middling success.

The moment of truth had finally arrived and I built up the courage to dig in, bracing for a slight nostril burn and tanginess that never came. There’s no doubt this was mustard ice cream, but after savoring the first bite, it became clear that the emphasis was on the creamy sweetness that balanced out the subtle flavor of the condiment.

The mustard flavor did linger for a while on the back of the throat and the accompanying pretzel-topped cookie served as a solid palate cleanser as I took more bites than I would have anticipated I would when I initially rolled up.

I eventually decided to part ways with the dessert that had managed to surpass the admittedly low expectations I’d had coming into things, and while I probably wouldn’t pick up a pint if given the chance, you should actually give mustard ice cream a chance if you want to toy with your tastebuds a bit.