Oh Good, Someone Decided To Make The Mustard Ice Cream Literally Nobody Asked For 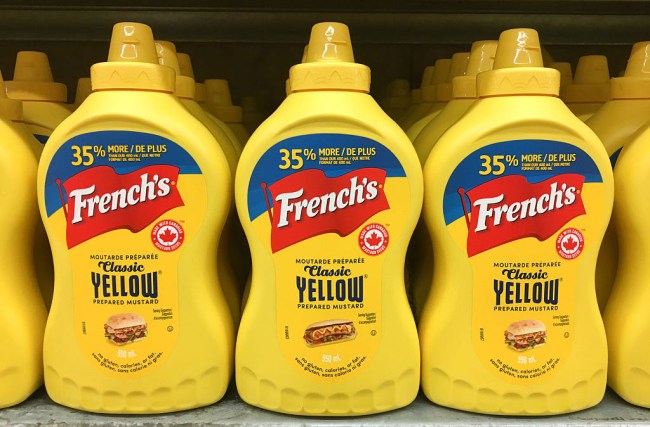 I consider myself a pretty adventurous eater and there aren’t many things at a restaurant I’ll actively avoid unless the menu item in question features mayonnaise, a condiment that somehow still has a place in polite society and absolutely no place in ice cream, which didn’t stop a shop in Scotland from using it as the base for a dairy “treat.”

Some people just want to watch the world burn.

That might be the most atrocious ice cream flavor that I’ve come across in my day but it’s not the only questionable one to be offered in recent memory.  Sure, I’m down to give a steak and bourbon combo a chance, but when we start making it with Whoppers (the burger, not the candy) and chicken nuggets, we’ve officially gone too far.

Last year, Ed Sheeran served as the inspiration for a ketchup-based gelato, which may have somehow been more atrocious than his cameo on Game of Thrones.

Now, a normal person would have seen that news and responded thusly.

However, it looks like there may have been some people out there who discovered the product and thought to themselves, “But why don’t we have mustard ice cream?”

If you happened to be one of those twisted souls, I have some good news.

According to Complex, mustard ice cream is now a thing thanks to French’s, which is celebrating the national day devoted to the condiment with a new product made in collaboration with Coolhuas, which will be peddling it in Los Angeles and New York City starting today.

If we could just all start taking Jeff Goldblum’s advice, the world would be a better place.