A Danish Artist Got Paid $84,000 For Two Empty Frames After Claiming Wild Loophole As Art 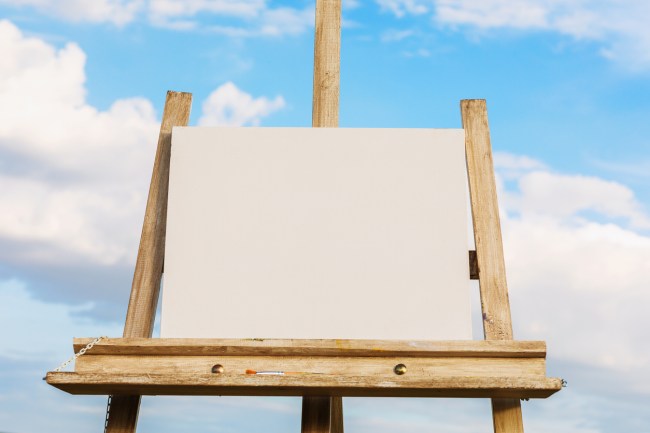 The Kunsten Museum of Modern Art in northern Denmark is accusing artist Jens Haaning of breaking their legal agreement. He is claiming in the name of art that, technically, he didn’t.

Haaning, 56, is known for using art to comment on money, power and marginalized groups. Back in 2007 and 2010, he created visual representations of the average annual income for Austrians and Danes by displaying the sum in bills affixed to a canvas.

The Kunsten Museum had an idea for a similar work from Haaning that was meant to be a part of a new exhibition about the labor market, running from Sept. 28 to Jan. 16. Haaning obliged.

However, when Haaning realized that the project would cost him much of his entire paycheck, he had a different idea. He was going to make the piece a reflection of his own work situation.

To do so, he pocketed the 534,000 kroner and returned two blank canvases to the museum. He called it “Take the Money and Run.”

“Take the Money and Run,” by artist Jens Haaning (2021) pic.twitter.com/sC3UQojHRd

Obviously, the museum is pissed. They got played.

Lasse Andersson, the museum director, is leading the charge to have the 534,000 kroner returned. He is willing to concede the 25,000 that they paid Haaning for his work.

“I want to give Jens absolutely the right that a work has been created in its own right, which actually comments on the exhibition we have,” he told P1 Morgen. “But that is not the agreement we had.”

Haaning is saying that he violated the terms of agreement, but that the violation is the art, so — in turn — he isn’t really breaching the agreement. What a wild spin zone!

According to Andersson, Haaning has until Jan. 14 to return the funds. It is unclear as to what will take place after that date.

“Take the Money and Run” is still being displayed at The Kunsten, despite the monetary disagreement, which seems counterintuitive. If the museum wants to get its money back, shouldn’t it deny the artwork entirely?

Otherwise, if you squint reeeealllllyyy hard, Haaning technically did what he was asked, no? The man is playing chess while the museum plays checkers.

Interestingly enough, this isn’t the first time that an artist has been paid for nothing. Earlier this year, a man sold an invisible sculpture for $18,000.

Art, man… What a strange thing.