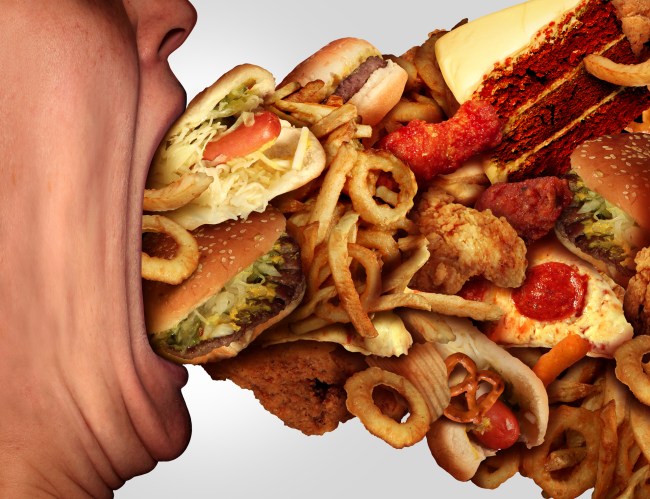 Competitive eater L.A. Beast (real name Kevin Strahle) currently holds multiple Guinness World Records for eating challenges. He’s successfully completed some of the most insane eating challenges on the planet. And he’s the man we have to thank for Pepsi bring Crystal Pepsi in 2015 after he spearheaded a social media campaign to get it back.

L.A. Beast has amassed over 300 million views on YouTube with his eating challenges but for his latest feat, he’s gone above and beyond. In the latest video on the Guinness World Records YouTube channel, L.A. Beast is attempting SIX world records in one sitting. For this challenge, he’ll be attempting the following:

Think he can pull off all six? Let’s find out…By the way, the action starts around the 8:50 mark of this video so you can skip ahead to there if you don’t want to watch all of the hype beforehand. I do, however, suggest watching the entire clip because it’s pretty good but that’s your decision: