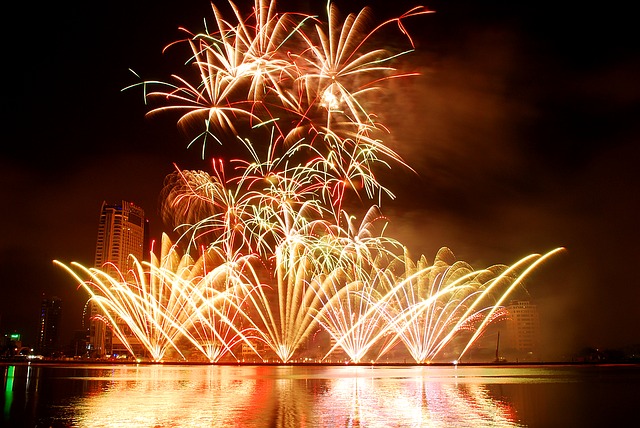 Fireworks are awesome. However, fireworks are illegal in three commie states: Delaware, Massachusetts, and New Jersey. Then there is California and New York that gives the power to cities and counties if they want to ban fireworks. Los Angeles has decided to ban fireworks because why let the people celebrate Independence Day by giving them the liberty to shoot off some magnificent fireworks to mark the anniversary of our freedom. The mayor of L.A. reminded his constituents that fireworks are illegal in the city with a dope video of a watermelon being blown to bits by fireworks so amazing that Gallagher would cream his shorts. It backfired big time.

Los Angeles Mayor Eric Garcetti tweeted out a pre-4th of July public service announcement warning people that fireworks are dangerous. “Even small ones can cause a lot of damage,” the tweet said. “This watermelon was completely destroyed by a firework the size of a stick of gum.” But he used an awesome video of a watermelon getting blown to smithereens and completely made people want to get illegal or legal fireworks to blow up a watermelon.

#Fireworks are illegal in the City of Los Angeles and even small ones can cause a lot of damage.

This watermelon was completely destroyed by a firework the size of a stick of gum.

The tweet blew up in Garcetti’s face and he was bombarded with snarky tweets thanking him for the great idea of exploding watermelons with fireworks.

Me * Honey, can you add to the Costco list an extra watermelon for the Fourth?

Him *I really think one will be enough.

Also LA mayor: “watch this video of fireworks blowing up a watermelon”

In his next safety video, Mayor Garcetti will demonstrate the danger of supplying free beer to all the kids at the skate parkhttps://t.co/r56amK2U3w

Until 2 hours ago I had never contemplated the possibility of blowing up a watermelon with fireworks. It's now all I can think about.

Mayor, you have to admit that blowing up a watermelon with fireworks is pretty fucking awesome, though.

In case anyone is wondering, many believe that the explosive used in the watermelon annihilation was an M80. Not that you should use an M80 to obliterate fruit, but strictly for your knowledge. In the end, Garcetti’s message seemed to encourage people to use illegal fireworks based on this tremendous helicopter footage of the 4th of July light show over Los Angeles.

Here’s a slow-motion video of a watermelon and other July 4th foods getting incinerated. Maybe the Los Angeles mayor can post this video next year to “deter” illegal fireworks.