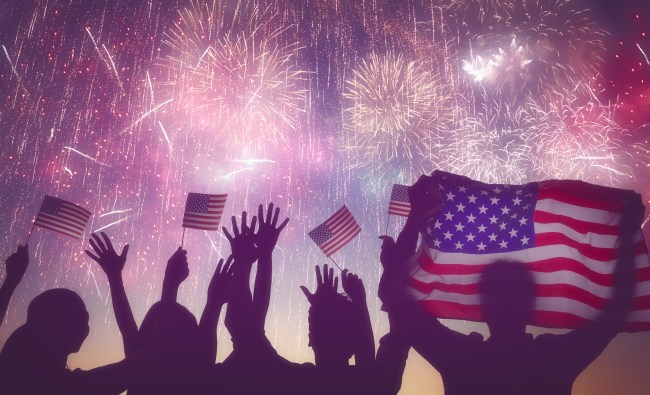 The city of Los Angeles has a long history of firing off illegal fireworks on the 4th of July. Just because the City declared “fireworks of any kind are illegal in unincorporated County of Los Angeles” it hasn’t stopped the millions of Angelinos from lighting up the night’s sky.

Last year on the 5th of July I shared this clip from ABC7’s helicopter which showed all of Los Angeles shooting off fireworks in every direction, and it appears to have become somewhat of a tradition now for local news helicopters to turn on the camera when the sun goes down. NBC’s Newschopper4 Bravo captured this footage of thousands of illegal fireworks getting set off in every direction. These aren’t city-sanctioned fireworks displays but it certainly looks like it because there’s just soooooo many mortars getting set off:

Newschopper4 Bravo is over the Rose Bowl now waiting for fireworks. Watch Bravo live over LA as illegal and legal fireworks light up the sky. https://t.co/zVjFZT4DON pic.twitter.com/SHQpLNZIYm

If that tweet’s not loading for you then you can access it directly here. Pretty damn awesome, right? Now here is a slow-mo HD clip of food getting blown up by fireworks. If you’re like me and didn’t get to watch the fireworks last night because you have a dog who’s deathly afraid of fireworks then you can join me in celebrating the 4th of July all week long as we catch up on videos like this: