Lady Antebellum Changed Their Name To Lady A Because Of Slavery Connotations, But A Blues Singer Has Used That Name For 20 Years 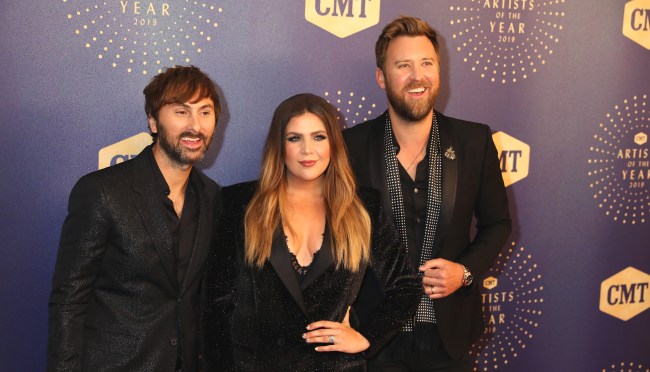 On Thursday, following the many protests about racial inequality in America, Grammy winning country music group Lady Antebellum finally decided that using the term Antebellum in their name was probably not a great idea considering the term refers to “Antebellum South” – a time period in southern American history from around 1790 to 1861 when the south’s economy largely depended on the use of slaves.

So the group changed their name to just Lady A. All fixed, right?

A black blues singer has been using the name Lady A, and has released multiple records under it, for the past 20 years. Whoops.

Seattle blues singer Lady A had just gotten off of work on Thursday when a bombardment of phone messages from friends, fans and producers came in all shouting the same thing: Her name had been stolen.

Earlier that day, Grammy-winning country trio Lady Antebellum — whose name had been criticized for its associations with romanticized ideas of the pre-war, slavery-ridden American South — announced they were changing their name to Lady A in light of a heightened national conversation about racism. Lady Antebellum made the changes swiftly on social media and distribution platforms including Spotify and Apple Music, and the group’s website also announced their rechristening as Lady A. But according to Seattle’s Lady A, neither the band nor any members of their team reached out to her before making the change.

“Thank you to each and everyone who has texted, sent emails, PM’d me to let me know about Lady Antebellum now High-jacking my professional name by changing theirs to Lady A because they didn’t bother to do their homework on a name you chose when you started 14 years ago,” White wrote on Facebook.

“I have been Lady A for 20+ years, my Business is Lady A Productions, LLC and you can guarantee the first Cease and Desist notification I get from you will land your asses in court.

“I’ve been working all day and hear this mess in messages and texts.. I’m not pissed, I’m just tired ..,. I had to rewrite because my Producers reminded me of who I am.

“I AM Lady A… God gave me my platform and He didn’t bring me this far to leave me. thank you all for your concern… You can’t take my name. #TheTruthIsLoud #SickNTiredOfBeingSickNTired #TheRealLadyA.”

“This is my life. Lady A is my brand, I’ve used it for over 20 years, and I’m proud of what I’ve done,” the original Lady A told Rolling Stone. “This is too much right now. They’re using the name because of a Black Lives Matter incident that, for them, is just a moment in time. If it mattered, it would have mattered to them before. It shouldn’t have taken George Floyd to die for them to realize that their name had a slave reference to it.

“It’s an opportunity for them to pretend they’re not racist or pretend this means something to them,” she adds. “If it did, they would’ve done some research. And I’m not happy about that. You found me on Spotify easily — why couldn’t they?”

No idea. I found her on YouTube without really even trying.

A rep for Lady Antebellum told Rolling Stone that they plan to reach out to the first Lady A as they were not aware that she existed. Amazing.