Country Group Lady Antebellum Changes Name To ‘Lady A’ Because Of Slave Connotations, Racists Not Happy 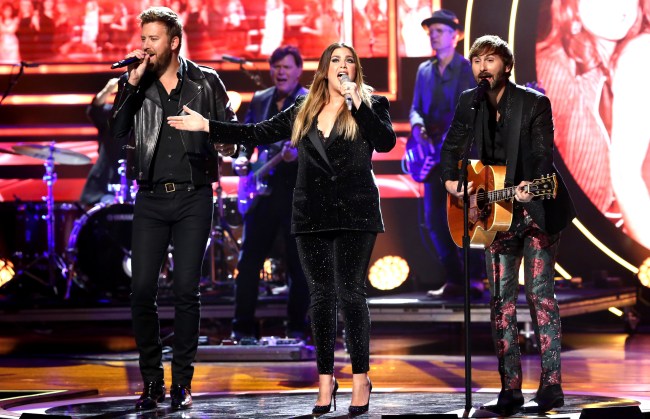 In a move that many frankly were surprised took this long, Grammy-winning country group Lady Antebellum has officially changed their named to just Lady A.

For those unfamiliar, the term “Antebellum South” refers to a time period in southern American history from around 1790 to 1861 when the Civil War began.

Plantation owners were able to obtain large tracts of land for little money, particularly after the Indian Removal Act was passed in 1830. These plantations depended on a large force of slave labor to cultivate and harvest the crop—most white farmers in the 19th century wanted and were able to obtain their own farms as the U.S. expanded south and west, and slaves not only provided a labor source that couldn’t resign or demand higher wages, their progeny insured that labor source would continue for generations.

The demand for slave labor and the U.S. ban on importing more slaves from Africa drove up prices for slaves, making it profitable for smaller farmers in older settled areas such as Virginia to sell their slaves further south and west. Most farmers in the South had small- to medium-sized farms with few slaves, but the large plantation owner’s wealth, often reflected in the number of slaves they owned, afforded them considerable prestige and political power.

The term “Antebellum” just in itself literally means “before the war.”

So one can certainly see how three lily white singers using the term Antebellum in the name of their group could be an issue.

no one wants to be associated with racism anymore, not even country musicians. It's really something.

“After much personal reflection, band discussion, prayer and many honest conversations with some of our closest black friends and colleagues, we have decided to drop the word ‘Antebellum’ from our name and move forward as Lady A, the nickname our fans gave us almost from the start,” the group wrote on social media. “When we set out together almost 14 years ago, we named our band after the Southen ‘Antebellum’ style home where we took our first photos. As musicians, it reminded us of all the music born in the South that influenced us.

“When we set out together almost 14 years ago, we named our band after the southern “antebellum” style home where we took our first photos. As musicians, it reminded us of all the music born in the south that influenced us…Southern Rock, Blues, R&B, Gospel and of course Country. But we are regretful and embarrassed to say that we did not take into account the associations that weigh down this word referring to the period of history before The Civil War, which includes slavery. We are deeply sorry for the hurt this has caused and for anyone who has felt unsafe, unseen or unvalued. Causing pain was never our hearts’ intention, but it doesn’t change the fact that indeed, it did just that. So today, we speak up and make a change. We hope you will dig in and join us.⁣⁣⁣”

For some reason, at least one member of the group admitted 10 years ago that the name Lady Antebellum was regrettable, but only now, after all of the protests did they feel it necessary to make the change.

From a Lady A profile I wrote in 2010. Relieved that I did indeed ask them about the name, relieved that they knew it was regrettable, and thrilled it’s finally been put out of its misery. https://t.co/3pNNaNyYKn pic.twitter.com/BNuIbMj0pu

“We understand that many of you may ask the question, ‘Why have you not made this change until now?” the group’s statement added. “The answer is that we can make no excuse for our lateness to this realization. What we can do is acknowledge it, turn from it and take action.”

They closed by writing , “Our next outward step will be a donation to the Equal Justice Initiative through LadyAID. Our prayer is that if we lead by example…with humility, love, empathy and action…we can be better allies to those suffering from spoken and unspoken injustices, while influencing our children & generations to come.”

While considered long overdue by many, this is still a commendable move by the group. Not that all country music fans see it that way.

I was excited to go to your show this year and now you've lost a fan for life. Groveling to the BLM mob for a freakin non-offensive word. You guys are sick.

This is disgusting. Our nation is under a coordinated attack. Where are your balls?

Wow because you are really targeting your audience there. Way to go
You’ve managed to be politically correct and kneel to your masters there. Now you can do gay clubs like the Dixie Chicks.

Also, my favorite part about the comments is that the racists are raising their hands to show us who they are!