The Washington Redskins Posted A #BlackoutTuesday Tweet … The ‘Redskins’ … Did That 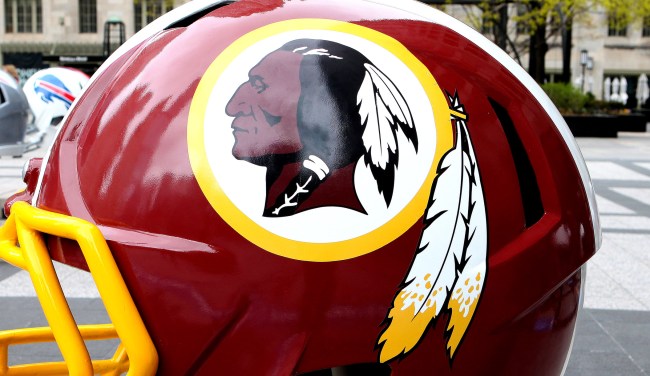 The Washington Redskins franchise tried to show its support by posted a #BlackoutTuesday tweet, reinforcing their status as the true laughingstock of the NFL.

Perhaps the NFL should have copied FIFA when they told their leagues to apply “common sense” when making statements regarding the death of George Floyd.

Because a team nicknamed the Redskins coming out publicly against racism and minorities being mistreated is the height of irony.

Amazingly, the tweet is still up, because what else are they going to do, so it is still getting slammed, and probably will until the day the team finally changes its name to something less offensive and racist. At least the responses to the tweet reflect that notion.

Your team name is a slur. Yeah, no. https://t.co/yozNimMU7E

I need you to reflect on this one for a moment

How about starting with blacking out your logo and change your teams racist nickname. That’s how you can help combat racism. Look in the damn mirror.

thank you, washington racial slurs, for standing against racism

Today I change my user name as I can't advocate for something if I don't. The @redskins post is a tone deaf attempt to make a statement to appease society. I can't defend the name anymore and with a straight face speak out on social issues. #ChangeTheName @MikeWiseguy

Hey, guys, give them a break. Washington Redskins “great” Joe Theismann spoke with “a lot of” Native Americans a couple of years ago and he says “they seem to be okay with the name the Redskins.”

As I pointed out back then, even if Joe spoke to 10 thousand Native Americans (which he didn’t), he still has the other 99.8% of the Native American population unaccounted for in this discussion. But yeah, they’re all cool with the name.

I don't know who these 'many' natives are but we (native people) have held countless protests for them to change their name, because Redskins is a derogatory term and we don't accept it. Don't speak for a nation that you don't belong too