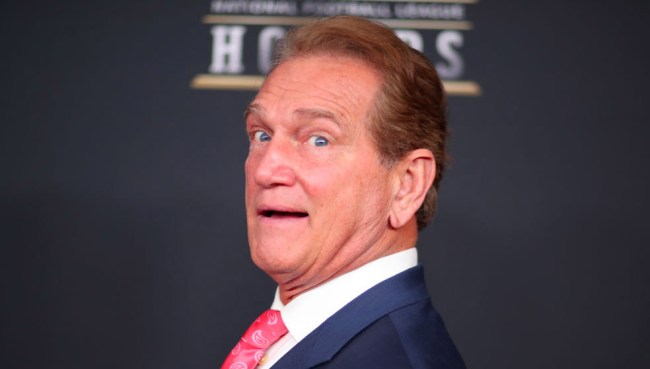 Hey everybody! Listen up! We don’t have to worry about the name Washington Redskins offending Native Americans anymore because 68-year-old Joe Theismann has spoken to a few of them and, according to him, they’re all good with the nickname.

When asked about the Redskins potentially changing their logo like the Cleveland Indians are doing, here’s what Theismann had to say, “I’ve talked to a lot of Native Americans in this country, they seem to be okay with the name the Redskins, so we try and honor them every day and do the best we can to represent the nations that are out there.”

Oh Joe. Joe, Joe, Joe. God love you, you old fart, but stuff like this is why you are no longer in the booth, man.

Seriously? There are over five million Native Americans living in the United States. Even if we are REALLY, REALLY generous and say Joe spoke to 10 thousand of them, that’s still only around 0.2 percent of the Native American population. So, I am pretty sure his little straw poll, which one would guess is made up of a whole lot of Washington football fans, doesn’t mean diddly.