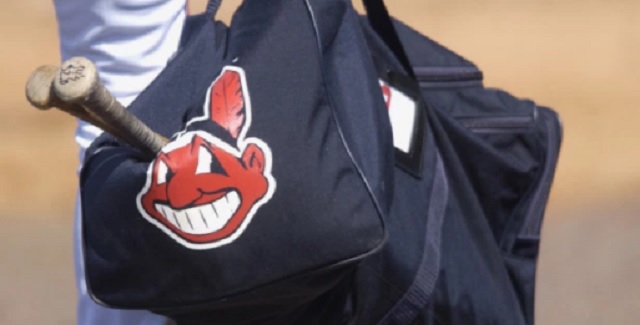 Under pressure from MLB commissioner Rob Manfred, the Cleveland Indians have announced that they are removing the controversial Chief Wahoo logo from their jerseys starting in 2019.

Via The NY Times

The Cleveland Indians will stop using the Chief Wahoo logo on their uniforms beginning in 2019, according to Major League Baseball, which said the popular symbol was no longer appropriate for use on the field.

Cleveland has been edging away from the logo in recent years and has used it less frequently, but beginning in 2019 it will not be seen at all on the team’s uniforms, or on banners and signs in Progressive Field, the team’s stadium. Consumers will still be able to purchase items with the logo on them at the team’s souvenir shops in the stadium and at retail outlets in the northern Ohio market, but those items will not be available for sale on M.L.B.’s website.

Indians owner Paul Dolan talked to the NY Times about how he ultimately decided to gave in to commissioner Manfred’s pressure to remove the logo from the jersey.

“We have consistently maintained that we are cognizant and sensitive to both sides of the discussion,” Dolan said in a statement issued by M.L.B. “While we recognize many of our fans have a longstanding attachment to Chief Wahoo, I’m ultimately in agreement with Commissioner Manfred’s desire to remove the logo from our uniforms in 2019.”

It’s only a matter of time until the Chief Wahoo logo is gone forever. Wonder how long before the Washington Redskins follow suit and remove their logo from their jerseys.