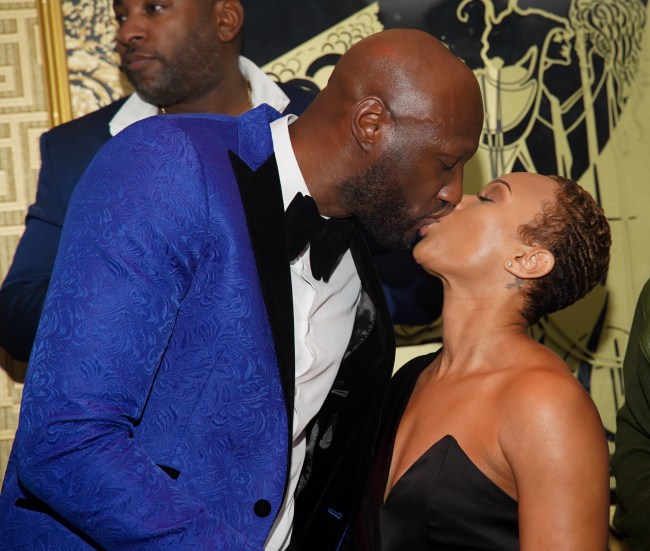 If I were a “self-starter,” I could have drafted this post a full year ago and waited for this day to inevitably come.

Last November, Lamar Odom proposed to personal trainer Sabrina Parr at Prime 112 restaurant in Miami after just four months of dating. Odom’s 18-year-old son immediately took to social media to blast his father for not only failing to keep his own blood relatives informed of the decision, but for choosing a woman with a low approval rating amongst them.

I had a great time at my engagement party with the special ladies in my life @getuptoparr @destinyodomm . It was so important to me for my family and friends, especially my daughter to be there with me this time around. Special thanks to everyone that made our day so perfect. Event Planner: Courtney Ottrix @courtneylynnc Event Designer: @premierevent by Tysha Stewart Photographer: @natashaherbert Videographer: @destinyfulfild Live Music: @1blandrum @theunitband DJ: @thekinglouexperience Custom Cookies: @cookiefetti

After throwing an engagement party this past September, Parr has announced that the engagement is off via her Instagram stories Wednesday.

Sabrina Parr announces that she and Lamar Odom are no longer engaged!! pic.twitter.com/U8vuJeVbxA

“Y’all know I’m honest and transparent so I have to be the first to let you guys know that I am no longer engaged to Lamar,” she wrote. “This has been a difficult decision for me to make but it is the best for myself and my children.”

“Lamar has some things that he alone has to work through. I love him dearly but I am no longer able to be by his side while he seeks the help he so desperately needs,” her posting said. I wish him all the best and I am asking that you pray for everyone involved.”