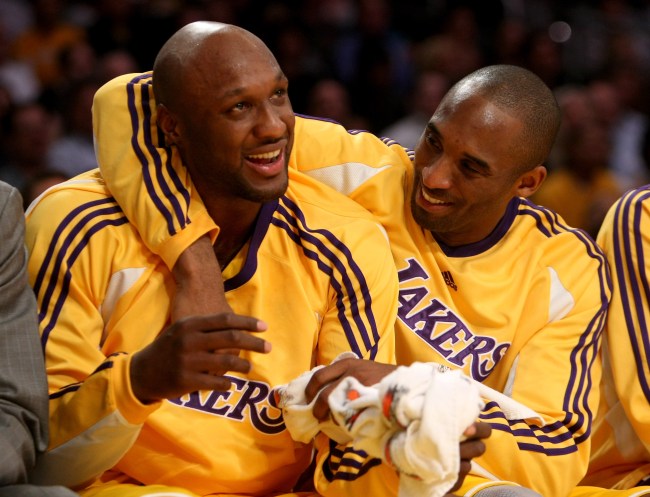 It’s been six years since Lamar Odom suffered kidney failure, six seizures, and 12 strokes during his drug-fueled stay at a Las Vegas brothel.

The two-time NBA champion’s resurrection from depression and alcohol and cocaine abuse has been a bumpy one, losing his marriage and a hefty chunk of his fortune in the process.

But, as documented in this week’s release of the documentary “Lamar Odom Reborn,” Lamar has reportedly broken the spell with meditation, the plant medicine ibogaine, and the administration of medical ketamine.

You may be familiar with ketamine if you’ve been to Bonnaroo, but the hallucinogenic anesthetic is being taken much more seriously by medical professionals. According to PR Newswire, research at Yale School of Medicine has shown that a single dose of ketamine can rapidly reverse stress-induced damage to brain cell connections.

In a recent interview with Good Morning America, the 41-year-old Odom said he’s “feeling amazing” in the wake of completing hour-long and medically supervised sessions of ketamine trips which have been administered to him over the past two years.

“I don’t wake up looking to do lines … or waking up in a dark place or feeling unfulfilled,” Odom told ABC News’ Steve Osunsami.

“When Kobe [Bryant] passed away, you know, the old Lamar, that’d have been every excuse in the world for me to go get high, [but] doing drugs didn’t even enter my mind.”

Ketamine is increasingly being used to treat people who don’t respond to traditional antidepressants because it targets a different part of the brain, and some researchers claim it’s potential benefits offer “the most important discovery in half a century.”

According to Insider, the therapy comes at a steep price. Sessions usually take 45 minutes to two hours, and cost between $500 and $750 per session, with the recommended full treatment can cost upward of $9,000.

Neal Brennan,—comedian and Chappelle Show co-creator—has long suffered from depression, trying every medication under the sun, on top of going vegan, quitting smoking, and embarking on a seven-day silent meditation retreat.

His experience with ketamine wasn’t as promising. He explains in his incredible Netflix comedy special 3 Mics.

“They put an IV in my arm, drip ketamine into it, and I trip my fucking face off. On a Tuesday afternoon in a doctor’s office. Immobile, music festival-level, not on this plane, gone. It lasted about 45 minutes, but the comedown was rough. When I came out of it, I just felt like I came out of surgery. So I decided not to do it again, and I woke up the next day and felt better than I had in months, and I was like, ‘Fuck, I got to do it again.’

I do it five more times in the next two weeks. But long-term, the side effects of ketamine were bad for me. I got nauseous for months. I was groggy for months, and worse than that, my eyes burned for four months straight. It was crazy. So that didn’t work for me.”

Brennan is a big proponent of transcranial magnetic stimulation, a form of brain stimulation that uses electromagnetic pulses to stimulate nerve cells, which may improve symptoms of neurological or mental health disorders.