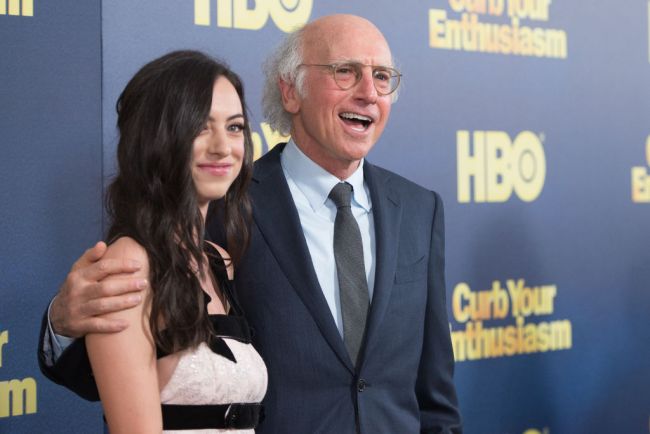 Once you achieve a certain level of notoriety, your reputation begins to precede you. Think about whenever you see Leonardo DiCaprio’s name on a poster for a new movie — you just know it’s going to be good and that’s due to DiCaprio’s reputation.

The same can be said for iconic Seinfeld and Curb Your Enthusiasm creator Larry David, whose reputation for, well, Larry Davidness has become so outsized that it’s become hard to separate the real man from the fictionalized version he plays on his beloved HBO series.

Take this latest look into David’s everyday life, for example: in a recent in-depth interview with the Los Angeles Times, Cazzie David — Larry’s 26-year-old daughter — detailed her painful breakup with Saturday Night Live star Pete Davidson, specifically revealing what her loving father said to her in her moment of emotional despair (when you’re done reading, close your eyes and try to imagine this unfolding and tell me it’s not a ready-made Curb moment).

RELATED: Larry David Responded To ‘Curb Your Enthusiasm’ Being Renewed The Only Way Larry David Can

“David did eventually build up the courage to initiate a break, only to call him back days later and say she’d made a mistake. But Davidson said he was “the happiest he had ever been,” and definitively dumped her two days later in a text message. The following day, she learned that he was with Grande. He’d uploaded images of himself to Instagram showing that he’d covered his Cazzie tattoos,” the LA Times reports.

“She was devastated. On the plane to her sister’s college graduation, David was held by her dad as she “shook uncontrollably in his arms for the entire flight.” She curled up in the hotel’s bathroom, crying and sucking on her weed pens. She woke up “screaming in agony,” her dad pulling her from the bed to stop her spiraling.”

“CAZZIE, COME ON!” Larry David told her. “YOUR ANCESTORS SURVIVED THE HOLOCAUST!” [via LA Times]

You almost get the feeling that he’s saying these things just to write them into his show. Or, more likely… this really is just how he is. And *that* is what makes this man such a legend. Never change, Larry. And if you’re still heartbroken, Cazzie, feel free to slide in my DMs on Twitter.