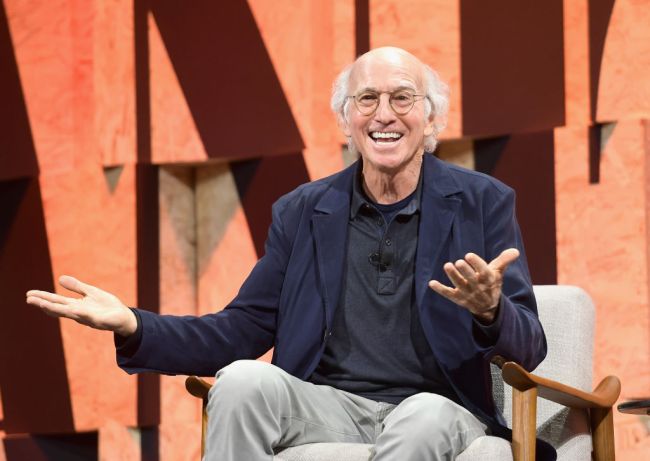 Barack Obama’s 60th birthday party turned into one of the most talked-about events of the Summer. Not because he was turning a year older, but because 475-plus people were expected to party it up on Martha’s Vineyard while everyone else around the country was being told to avoid crowds with the spread of the Delta variant.

Larry David’s name was on Obama’s guest list, at least for a little bit.

After serious pushback from the media, Obama scaled back the number of guests citing the rise of Covid cases around the country. This meant that some people who made the initial guest list had to be cut, and David was one of those people.

You would think that David would want to attend Obama’s party at his $12 million home, but it turns out he didn’t even want to go in the first place.

David recently spoke with The New York Times and explained that he feared he would be asked to perform a stand-up set at the party. He was underprepared and didn’t have enough time to come up with material, so he was more than happy to get the ax from the guest list.

“When [Obama’s assistant] told me I was eighty-sixed from the party, I was so relieved I screamed, ‘Thank you! Thank you!’ He must have thought I was insane,” David said. “Then I hung up the phone, poured myself a drink and finished my crossword puzzle.”

What an unbelievable quote from David. You can so easily picture him getting that phone call from Obama’s people, probably thinking that they’re going to tell him to do a stand-up routine at the party, but instead he receives the news he’s gotten kicked off of the guest list and he celebrates with a nice tall drink and a crossword.