Was Larry David Being Held Hostage At New York Fashion Week And The U.S. Open? 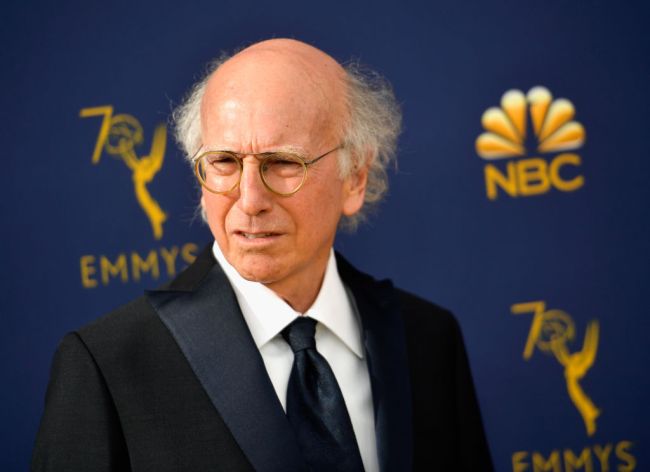 Larry David attending New York Fashion week is like Joe Rogan pulling up to support an anti-Elk hunting rally with a bedazzled sign and a loosely-fitting shirt. It should not happen in the world we’ve become accustomed to.

There is simply no reasonable explanation for the man who’s been rocking the same Payless clearance kicks since season 2 of Seinfeld to witness the fashion trends of tomorrow, other than David starring in a Curb bit or being held hostage by a government agency.

But in a world where a former Disney actor is beating up combat sports world champions, David sitting front and center at Fashion Week plugging his ears like a child whose father forced him on Tower Of Terror seems illogically logical.

Larry David plugging his ears at fashion week is so incredibly perfect I don’t even know what to do right now pic.twitter.com/r2264Xu1uD

Laaaarry, likely against his will, later attended the U.S. Open Women’s Singles final over the weekend and demonstrated that clapping is, in fact, loud.

It’s only a matter of time before Larry makes an appearance at Coachella rocking a Brixton fedora and putting his head between his knees as the Chainsmokers take the stage.

Ironically, this will exonerate Larry David of a crime he'll be accused of many miles away this very evening. pic.twitter.com/VXrPorsJ5M