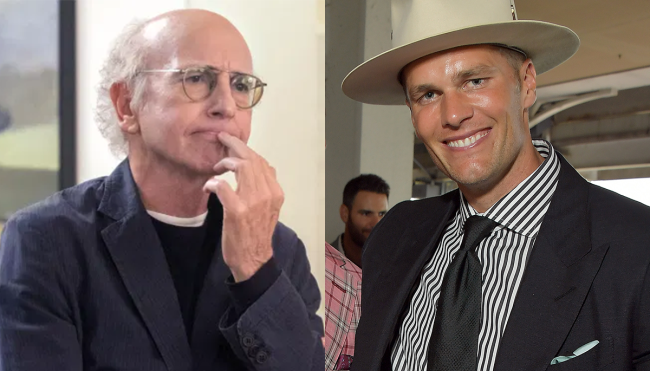 In addition to being one of the most brilliant minds in comedy, Larry David has spent decades establishing himself as one of the world’s most entertaining and unabashed curmudgeons thanks to the famously misanthropic tendencies he’s channeled to hilarious effect on Curb Your Enthusiasm.

The comedian may technically be playing a character on the show, but it’s not exactly a secret that he’s never been a fan of the many social conventions he’s routinely used as a springboard for humor. However, to paraphrase Peter Gibbons in Office Space: it’s not that he’s rude; he just doesn’t care.

There’s no shortage of anecdotes highlighting Larry David’s essence, and earlier this week, we got another great one courtesy of his longtime friend Charissa Thompson during the latest episode of Calm Down, the podcast the Fox Sports personality co-hosts with Erin Andrews.

On the show, Thompson revealed she made the trek to the Kentucky Derby with Larry David a few years ago after getting him hooked on horse racing. She shared a couple of vintage Larry David stories—including one about him reacting as you’d expect after realizing he never got a betting slip after placing $20 on a winning horse—but the real highlight was her account of the time the two of them ended up sharing an elevator with Tom Brady at the hotel they two men were staying at near Churchill Downs.

“The elevator is packed…We turn around so we’re facing the doors, and I hear this sultry, Tobasco, vanilla whiskey voice go, ‘Hello, Larry.’

I turned around, and the sexpot that was Tom Brady in sunglasses and a Nick Fouquet hat. Larry turns and goes, ‘Eh, Tom. Hey.’ and looks back at the elevator doors and says nothing else.”