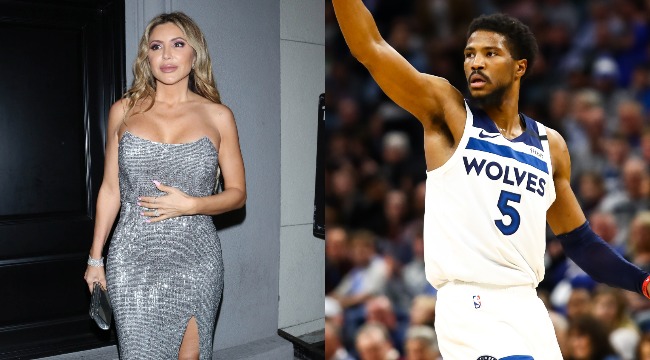 Please sign my Change.org petition to get Larsa Pippen and Montana Yao on the Paul/Mayweather undercard, because I’ll bet my bottom dollar that neither of them will take a dive like Askren.

On Monday, Minnesota Timberwolves star Malik Beasley penned a long-winded Instagram apology to his now ex-wife Montana Yao, who he reportedly kicked out of his house (along with their two-year-old son Makai) at 4 am after news broke that he was dating the 46-year-old Larsa Pippen. That’s to say nothing of Beasley demanding Yao take a paternity test after a judge forced him to pay $6,500 in child support amid his affair.

In any event, Yao took to Instagram to essentially forgive Malik, writing: “It’s hard to own up to bad decisions and apologize especially publicly so it’s really appreciated.”

She wasn’t as cordial with Larsa, going full scorched earth on Scottie’s ex.

CALL OUT: Larsa Pippen called out by Montana Yao after Malik Beasley apologizes to Montana and their son. Montana said “Your words don’t match your actions, just like your old face don’t match your new face.” Larsa clapped back saying Malik is a clout chaser who pursued her. pic.twitter.com/kfHa3N5KOr

“I been already told you to shut your trap because you embarrassed yourself enough already,” Montana shares. “Both of you were wrong as hell but YOU ma’am had the nerve to talk all that s–t to me as if I was wrong?”

Montana continues, “First of all we as women don’t claim you, you wouldn’t know girl code if it slapped you in the face you just a old desperate thirsty ass ran thru blow up doll.”

Montana claimed that Larsa staged the paparazzi photos snapped back in November that outed the affair, which Montana called “sad and lame af.”

Larsa delivered her own devastating blows, posting an Instagram story to her two million followers taking aim at Malik’s character and skewering him for failing to “claim” his own young child. 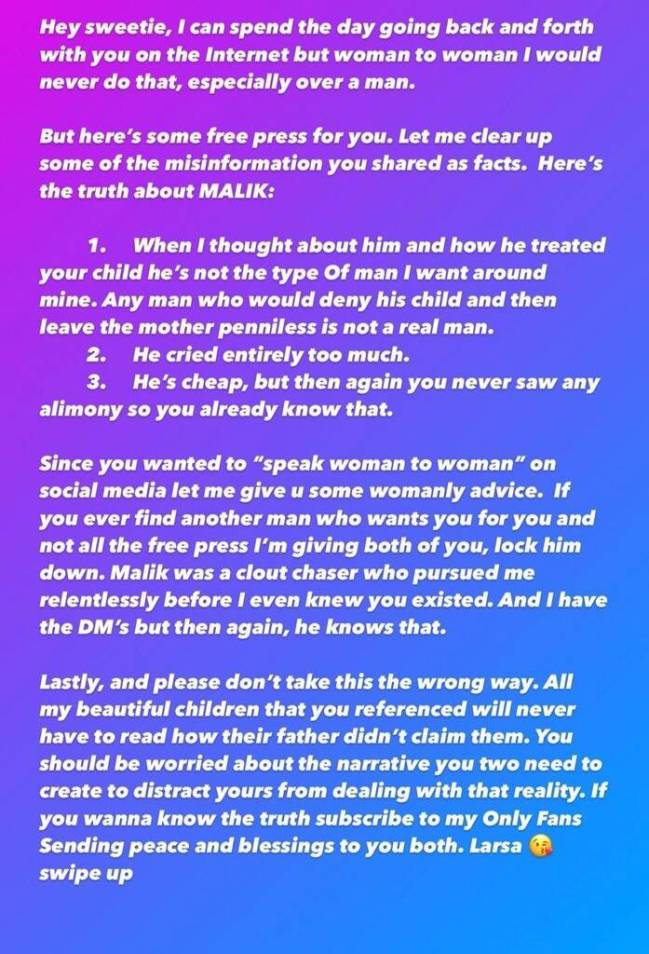 “Here’s the truth about MALIK:

1. When I thought about him and how he treated your child he’s not the type Of man I want around mine. Any man who would deny is child and then leave the mother penniless is not a real man.

2. He cried entirely too much.

3. He’s cheap, but then again you never saw any alimony so you already know that.”

Larsa then accused the 24-year-old Beasley of being a clout chaser who “pursued me relentlessly before I knew you existed.”

The 46-year-old Pippen signed off on the diatribe by urging her fans to subscribe to her OnlyFans to hear the “truth.”