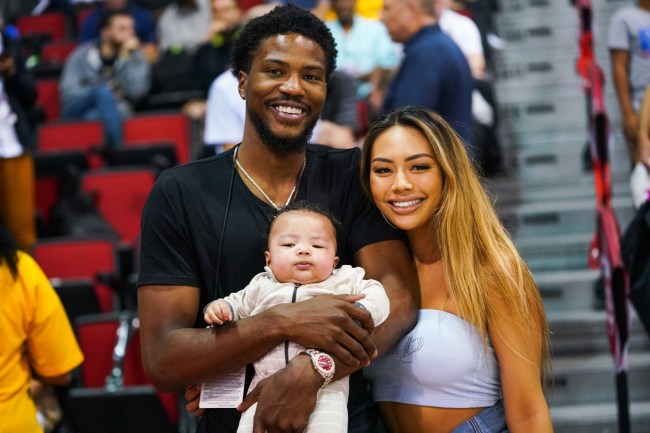 Today in Tales of Tucking Tails Between Legs we welcome Malik Beasley, the Minnesota Timberwolves star who reportedly abandoned his wife and young son for a short-lived fling with Larsa Pippen, only to attempt to Oopsie his way back into their lives when the dalliance expired.

A brief timeline of the salacious saga:

November 2020: Malik and Larsa were spotted holding hands in a Miami mall. Fellas, if you plan on cheating, don’t do it in public looking like a human highlighter.

December 2020: Montana Yao, the mother of Malik’s two-year-old son, files for divorce two weeks after the above photos circulated the internet.

March 2021: In an Instagram post, Montana accused Malik of blindsiding her and kicking her and his son Makai out at 4 am with nothing but two suitcases. Over the next several months, Montana claimed her and Makai had been living out of hotels and Airbnbs.

Montana went on to claim that Malik requested a paternity test after a judge forced him to pay $6,500 per month in child support. Malik had recently signed a $60 million contract with the T-Wolves.

April 2021: News broke that Malik and Larsa had split, with sources claiming Larsa never thought the relationship was serious and now wants to “distance herself from the drama.”

May 2021: The 24-year-old Beasley is now Very Sorry over humiliating Montana and Malik over the past six months, taking to Instagram to declare that he isn’t looking to be judged, he’s looking to be forgiven. He also claims that he was the one who ended the relationship with Larsa and insinuated that Larsa “set up pictures at the mall” presumably to wedge dissension between Malik and his then-wife.

Translation: “Sorry about the paternity test thing and whining over a $6,500 monthly payment for my own son when I’m stupid rich. Don’t judge me just accept me.”

All is fair in love and war?