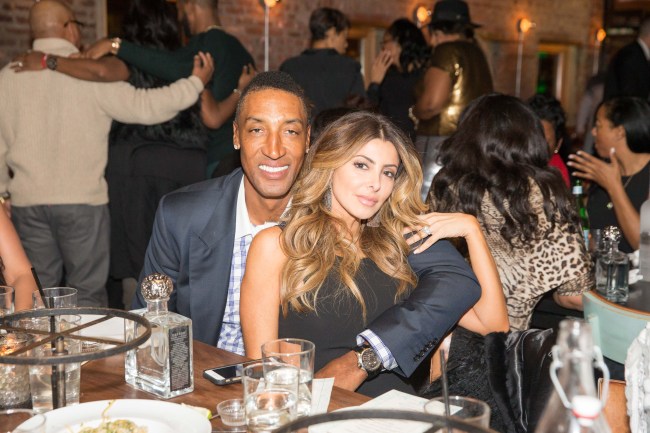 Scottie and Larsa Pippen were married just shy of two decades, which in celebrity terms is the equivalent of four lifetimes.

Larsa’s alleged ‘cozy’ relationship with rapper Future led many to believe she owned sole culpability of the couple’s demise, but let’s not forget, Larsa’s close friends claimed that Scottie was the one who had the first affair, with a ‘Sports Illustrated model.’

Larsa has endured relentless blowback online for her highly-publicized fling with Future, but has been tight-lipped when it comes to Scottie’s dirty laundry.

That still remains, but Larsa was tested in the comments of her latest Instagram post, accompanied with the caption: “Find someone who’ll put u first!!”

Troll 1: “That’s what scottie did smh”

Larsa: “stop tripping dude u don’t know what you’re talking about. I held him down and still do. Just bc I don’t air his dirty laundry doesn’t mean it doesn’t stink I just don’t wanna do his laundry anymore.”

Larsa: “really? I did everything for him literally everything”

A 10-part documentary series on one of the most popular teams in sports history? Larsa will raise you one Instagram post.

If I look this good when I’m 45, I’m wearing that exact swimsuit.