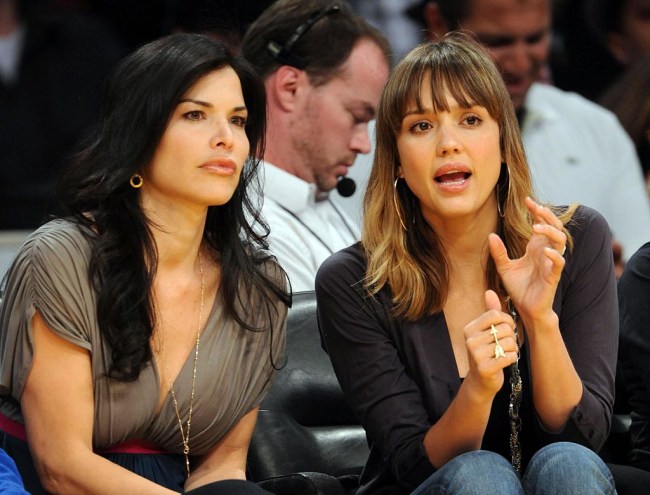 The Jeff Bezos scandal is taking some unforeseen twists and turns according to new reports that name Lauren Sanchez as a prime suspect in the leak of photos and steamy text messages. The mistress of the Amazon CEO allegedly shared racy pics and sexts from Bezos to her girlfriends according to an investigation.

Soon after the news broke that the head of Amazon had his confidential text messages to Lauren Sanchez, Bezos assembled a team of his most trusted investigators to launch an investigation as to who and how his intimate communications were leaked to the National Enquirer. One of the first suspects of the leakers was Lauren Sanchez’s brother, Michael.

The investigators pointed fingers at Michael Sanchez because he may have had access to Lauren’s phone. Plus, it turns out that Michael Sanchez is also closely affiliated to major players associated with President Donald Trump’s inner circle. The Daily Beast reported that “multiple sources inside AMI, the tabloid’s parent company,” said Michael Sanchez “supplied the couple’s racy texts to the National Enquirer.”

Michael, who is Hollywood talent manager much like Lauren’s estranged husband Patrick Whitesell, describes himself as a “gay man, a Hispanic, a West Hollywood homeowner and strong supporter of Trump” in a letter to a newspaper in 2016. Michael Sanchez has affiliations with notable players in Trump’s world such as Carter Page, Scottie Nell Hughes, and Roger Stone.

Thanks to Carter Page & Scottie Nell Hughes for putting Russia Hysteria in Context at Politicon 2018.

Michael Sanchez has blasted the allegations that he leaked the texts. “I am not dignifying de Becker’s passive-aggressive allegations or his crazy conspiracy theories,” Michael told Page Six. “I’ve recommended that Lauren fire him as security for her and [her] children.”

“There are multiple possible suspects… Clearly, Lauren showed these photos to her girlfriends… for entertainment,” a source told Page Six. “Michael was never even sent the d — k pics… I can’t imagine anyone wanting to send her brother a d — k pic,” a source told Page Six. There is solid logic behind this claim and I’m not sure we needed an “inside source” for this concise statement.

Now the investigation, which is led by Bezos’ security chief Gavin de Becker, is shifting from the brother as the prime suspect of the leaks to Lauren Sanchez as the leaker. Did Lauren share the private messages and photos of Jeff Bezos to her girlfriends to brag about being with the richest man in the world? Or maybe Lauren shared the messages with her girlfriend so that they would eventually get made public?

“Our investigation into who initially provided texts to the National Enquirer, and why it was done—that investigation is now complete. We have turned our conclusions over to our attorneys for referral to law enforcement,” de Becker told The Daily Beast on Sunday.

Sanchez, who is a television personality, allegedly took the contents of her computer and “downloaded onto her assistant’s computer for safekeeping” according to a source at Fox News. The Bezos private investigators believe that Sanchez shared the photos and texts because they “were able to trace the material in the cloud, where most computer and phone messages and images are stored.”

Some of the scandalous sexts have already been published by the National Enquirer. “I love you, alive girl. I will show you with my body, and my lips and my eyes, very soon,” one text message read. Another horned-up text said, “I want to smell you, I want to breathe you in. I want to hold you tight.… I want to kiss your lips…. I love you. I am in love with you.”

There reportedly are also nude photos of Jeff Bezos out there somewhere according to the billionaire himself. Bezos wrote a blog post on Medium alleging that the National Enquirer attempted to blackmail him with the release of nude pics of the head of Amazon. Bezos alleges that AMI threatened to publish nude photos if Bezos didn’t drop his investigation and stop asserting that the leak was politically motivated.

The alleged note from American Media Inc. (AMI), the parent company of the National Enquirer, to Bezos says that the company was supplied with pics of a “below the belt selfie — otherwise colloquially known as a ‘d*ck pick,’” a photograph of Lauren Sanchez “smoking a cigar in what appears to be a simulated oral sex scene,” “shirtless Mr. Bezos holding his phone in his left hand — while wearing his wedding ring,” photo of Bezos “wearing either tight black cargo pants or shorts — and his semi-erect manhood is penetrating the zipper of said garment,” “a naked selfie in a bathroom — while wearing his wedding ring,” “Ms. Sanchez wearing a plunging red neckline dress revealing her cleavage and a glimpse of her nether region,” and one with “Ms. Sanchez wearing a two-piece red bikini with gold detail dress revealing her cleavage.”

American Media Inc., which is owned by David Pecker who is a longtime friend of President Trump, insists that it obtained the Bezos texts and photos lawfully. Pecker’s lawyer, Elkan Abramowitz, said there was “absolutely” no blackmail or extortion on an appearance on ABC’s This Week. Abramowitz added that the leaker was a man and was “somebody close to both Bezos and Miss Sanchez,” who has provided information to the National Enquirer for seven years. Abramowitz did not say that it was or was not Michael Sanchez.

AMI is under an immunity deal with federal prosecutors after Pecker admitted that the National Enquirer bought up a story from Playboy Playmate model Karen McDougal for $150,000 to stop the details of her sexual encounter with her and Trump from influencing the 2016 election.

In the middle of all of this is MacKenzie Tuttle, who was married Bezos in 1993 and the world’s richest couple announced their divorce on January 9, 2019. The dragging out of Jeff’s affair during the marriage will probably not play out well in divorce court for Bezos. If those naked photos of the Amazon head are ever released, MacKenzie would be looking at a huge payday since Jeff Bezos has a net worth of $131.6 billion. Not to mention how the private photos being exposed and the financially devastating divorce would impact Amazon.

RELATED: MacKenzie Bezos, Todd Gurley Wants You To Know He Can Be Your Rebound And The Entire Internet Supports It