According To A Lawyer, Here’s How Many Laws Clark Griswold Broke In ‘Christmas Vacation’ 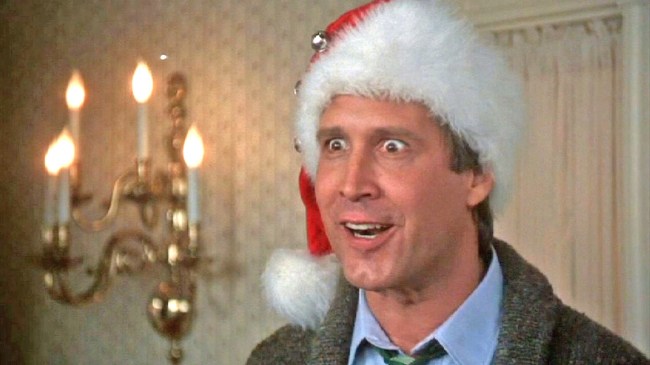 While folks are still hammering away at trying to decide if DieHard is a Christmas movie or not, there is one thing I think we all can agree on: National Lampoon’s Christmas Vacation is the best Christmas movie of all time. Don’t @ me.

So, since tis the season and all that mumbo jumbo, a lawyer over at popular YouTube channel LegalEagle took the time to dissect National Lampoon’s Christmas Vacation to determine exactly how many laws Clark Griswold broke in the course of the movie as a part of their fantasic Laws Broken series.

Fair warning: the video actually begins with the show’s host making a declaration about, you guessed it, whether or not DieHard is a Christmas movie, that is incorrect.

He does quickly get back on our good side, however, when he states, “Let’s all acknowledge that Chevy Chase is the true hero of Christmas.” That he is.

From criminal damage to property, by the end of the movie, Clark will have committed all five types of criminal damage, to engineering a power surge while turning his home into a massive fire hazard, Clark’s lawbreaking knows few bounds.

Don’t even get us started on Cousin Eddie violating Section 21 of the Illinois Environmental Protection Act, AKA “Sh*tter’s full!”

All in all, based on the laws broken listed by this lawyer, Clark Griswold should have been punished with 15 years in prison and fines totalling $75,000 for his and his family’s action during the film.