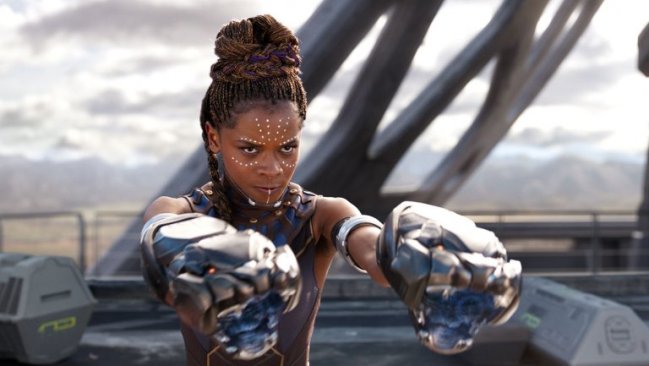 Here’s the tricky part about being a celebrity in a world powered and perpetuated by social media, particularly one who stars in a Disney product: to what extent must they curb their own personal beliefs in the public eye? Let me explain.

Do I agree with Letitia Wright’s anti-vaxx open-mindedness? Not really. I’ve had quite a few vaccines in my day and I’ve turned out just fine — just because they’ve become polarized in the age of YouTube doesn’t mean I have to abandon ship in order to maintain a false sense of intellectualism. But do I think Letitia should be able to openly share and discuss her point of views? Yes, yes I do. But now, here’s where things get tricky: Letitia Wright stars in the Marvel Cinematic Universe, which is a film franchise whose primary demographic is, frankly, impressionable children. Wright’s anti-vaxx ideas may be digestible and discardable to free-thinking adults, but what about the 10-year-old who idolizes Letitia and the character she plays? Imagine being a parent trying to take your kid to the doctor for the vaccine but they refuse to do so because Black Panther’s sister doesn’t think it’s a good idea.

Wright, for better or for worse, perhaps realized that her public Twitter account isn’t the best place to be promoting her personal health beliefs, as the 27-year-old actress deleted her account (and her Instagram) just days after sharing an anti-vaxx video and wondering aloud if there’s any connection between the scientific enzyme luciferase and the Christian devil Lucifer. 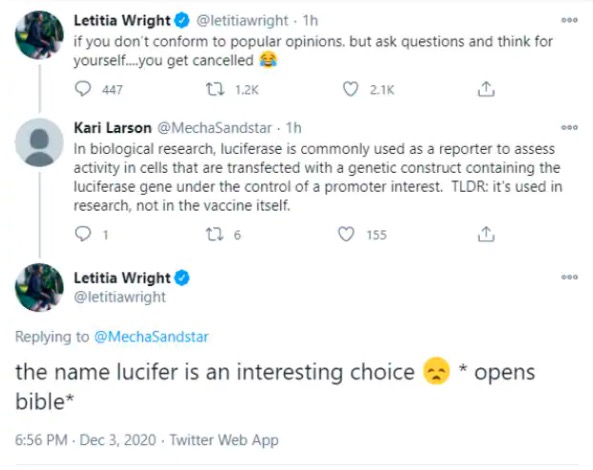 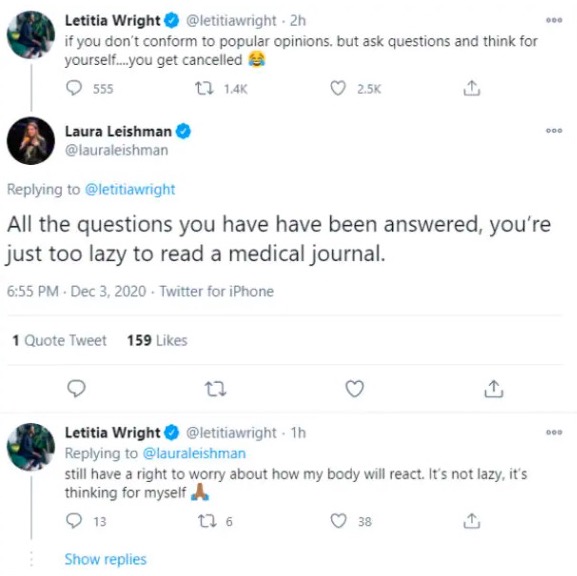 The actress’ decision to delete her social media comes at an interesting time, as recent reports indicated that Black Panther 2 — which is set to begin filming in July — could see Wright’s Shuri take on a bigger role in the franchise. With that considered, it certainly is within the realm of possibility to imagine that Wright perhaps received a call from the Mouse House, resulting in her newfound internet silence.