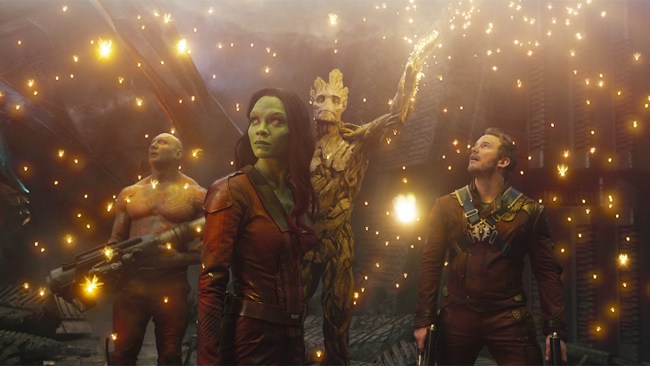 Anytime I write an article about Guardians of the Galaxy, I feel obligated to mention that I consider it to be the best film in the Marvel Cinematic Universe. Sure, I’d accept and perhaps even personally sometimes craft an argument for Avengers: Infinity War, but I find that Infinity War had the benefit of being a home run from the start — it was a film 10-years in the making. Comparatively, Guardians of the Galaxy represented Marvel Studios’ biggest ever risk (at the time), as they were able to fashion a previously relatively unheard group of fringe characters into the closest thing we’ve come to Star Wars since Star Wars.

Still, while Marvel Studios, and therefore Disney, was willing to take a risk with James Gunn and Guardians of the Galaxy, they didn’t necessarily mean they were prepared to take all the risks, as the director — who will be helming the upcoming third film in the franchise — recently revealed that there was one joke that the Mouse House cut from the final product.

(in movie) Quill: I come from a planet of outlaws, Billy the Kid, Bonnie & Clyde, John Stamos.
Drax: Sounds like a place that I would like to visit.
Quill: Cool.
(cut) Drax: And kill many people there.

It makes total sense that the blunt suggestion of a deranged knife-wielding-alien showing up to Earth to kill a bunch of people didn’t necessarily float Disney’s boat. With Thanos, his genocide was more macro and therefore less personalized — a big purple dude snapping his fingers and a bunch of people turning to dust isn’t as visceral as Drax slicing through unarmed civilians.

RELATED: ‘Guardians of the Galaxy’ Is The Best Sci-Fi Movie Of The 21st Century